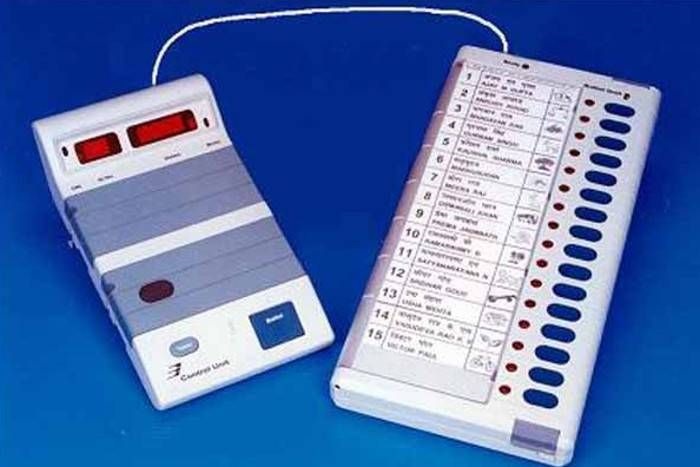 Amid a fresh political debate over the use of electronic voting machine (EVM) in the upcoming two city polls, election experts said fair polls are possible with the machine if a congenial atmosphere can be created.

They also said EVM is a suitable option to get rid of the longstanding problems in the country’s traditional election system like malpractices by presiding or polling officers during voting, ballot paper snatching, stuffing, and capturing voting centers by political party cadres.

The elections to Dhaka south and north city corporations will be held on January 30 next using the EVMs instead of ballot papers. Two army personnel will be there in every polling station to safeguard the voting machines.

However, BNP on Sunday urged EC to shelve its plan to use the voting machines in the polls as the party thinks EVM is an ‘ill-motivated government project’ to destroy people’s voting rights.

“There’re many problems in conducting voting with traditional ballot papers. We often see the incidents of snatching ballot papers, stuffing ballots, even at nighttime, and casting fake votes. If we want to resolve these problems, we must change the voting system and accept the EVMs,” he said.

The ex-election commissioner, however, said the EC suddenly decided to use EVMs in the city polls without any prior preparations and discussions with relevant stakeholders. “The Commission should’ve discussed the issue with political parties, civil society members and other stakeholders about use of the voting machines before the announcement of the election schedule.”

As there are some concerns and confusions among people and political parties regarding the EVMs, the EC should take steps to remove those through dialogue and publicity.

“As political parties are the major stakeholders in any election, the Commission should first convince them by dispelling their fears and wrong perceptions about the voting machines. I think, the Commission has still time to do that,” Sakhawat observed.

He said manipulating elections through EVMs is a very difficult job because the entire team that operates the EVMs should be convinced for manipulation. “But our army personnel usually deal with the EVMs and ensure its security. So, we can trust them.”

Sakhawat also said there is no risk of remote vote tampering or hacking as these machines are not connected with each other or the central server. “So, I think EVM is a better system than the ballot paper, and we should accept it. But the Election must address people’s concern about its abuse.”

Dr Tofail Ahmed said voting machines can be conducive to ensuring fair balloting if proper steps are taken and persons responsible for operating those discharge their duties neutrally and professionally.

Echoing Sakhawat, Dr Tofail also said EC should hold talks with political parties and all stakeholders to remove their confusion and fears about EVMs. “The Commission should come up with suitable answers to different questions raised by different parties and experts about the voting machine.”

He said the EC should also take steps for creating a congenial election atmosphere dispelling fears from voters’ minds so that they can freely go to polling stations to cast their votes.

M Hafizuddin Khan said people and political parties across the world, not only in Bangladesh, have questions and doubts over EVM use in elections.

“Voters are still not comfortable with EVMs due to their techno phobia. So, I think the Election Commission can use the voting machines on a limited scale unless all political parties agree to it,” he said.

“I think, the Election Commission should first earn people’s confidence in the EVM system before using it in full swing for voting. They should also take steps for removing people’s phobia regarding the use of such machines.”

Nazmul Ahsan Kalimullah said some political parties have wrong perceptions about the EVMs, though it is cent percent secure election system.

“Our Election Commission is using the latest version of EVMs under the supervision of Army. I myself examined the EVMs and found those are cent percent safe. Those who are opposing it are giving some observations about manipulation based on their assumption.”

He said it is the responsibility of the EC to make political parties understand that EVMs are safe for credible voting. “Mass campaign, mock voting and seminars and discussions are necessary to remove people’s misconception about the voting machines.”