Alia Bhatt on JNU violence:‘It’s time to stop pretending that all is fine’ 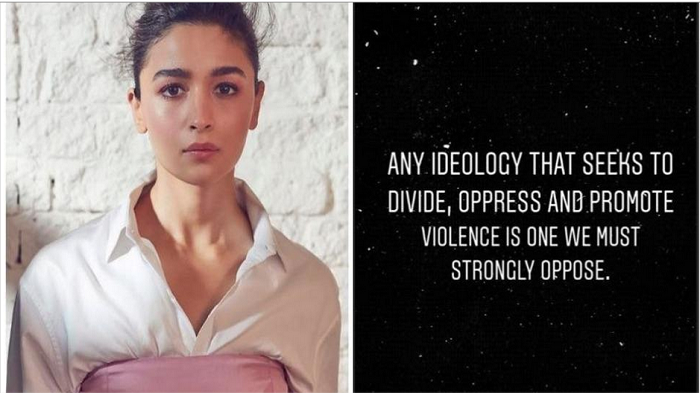 Actor Alia Bhatt has shared a strong message against the violent attack on the student of Delhi’s Jawaharlal Nehru University. Alia wrote on Instagram on Monday that the citizens should reject ‘any ideology that seeks to divide, oppress and promote violence.’

“When students, teachers and peaceful civilians become victims of physical assault on an ongoing basis, it’s time to stop pretending that all is fine. We must look truth in the eye and acknowledge that we are a house at war with itself. We, the people, of this country no matter how diff our ideologies, must find a human solution to all of our complex problems, and reinforce the peaceful and inclusive ideals upon which this country was built,” the actor posted on Instagram Stories.

Alia had earlier also shown supports towards students protesting against the CAA. Alia had shared a picture of the Preamble to the Constitution and her own message to her followers. “Learn from the students,” her message read. 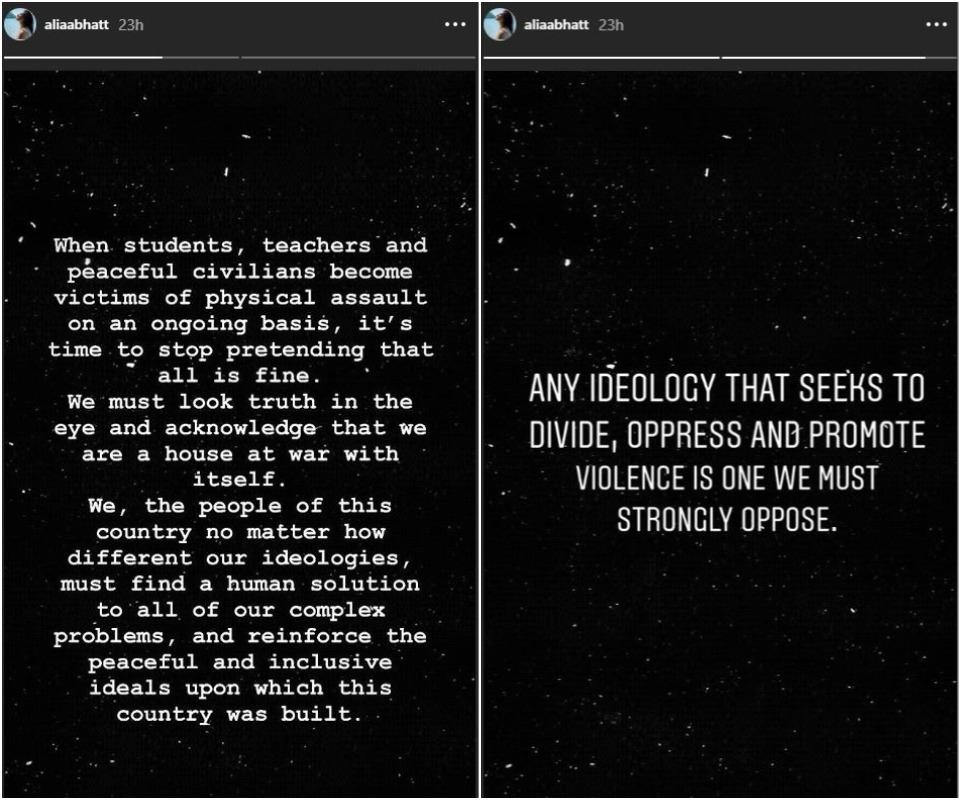 Other actors such as Sonam Kapoor, Anil Kapoor, Rajkummar Rao have also extended support towards the students’ protest. “It has to be condemned. It was quite sad, shocking, what I saw. It was very disturbing. I couldn’t sleep the entire night, thinking what has happened. It has to be condemned. Nothing will come out of violence. Whoever did this, they should be published absolutely,” Anil told reporters at the trailer launch of Malang in Mumbai on Monday. His daughter Sonam has been tweeting about the protests. “Shocking disgusting and cowardly. Have the b**** to at least show your face when you want to attack innocents,” Sonam wrote on Twitter.

“Are you still on the fence? Apolitical? In need of more information? If yes, then you either are a bigot, a coward or a dumbf***. I’m a liberal so you get to choose,” director Zoya Akhtar wrote on her Instagram Stories.

Violence broke out at the JNU on Sunday night as masked men armed with sticks and rods attacked students and teachers and damaged property on the campus. At least 28 people, including JNU Students’ Union president Aishe Ghosh, were injured as chaos reigned on the campus for nearly two hours.