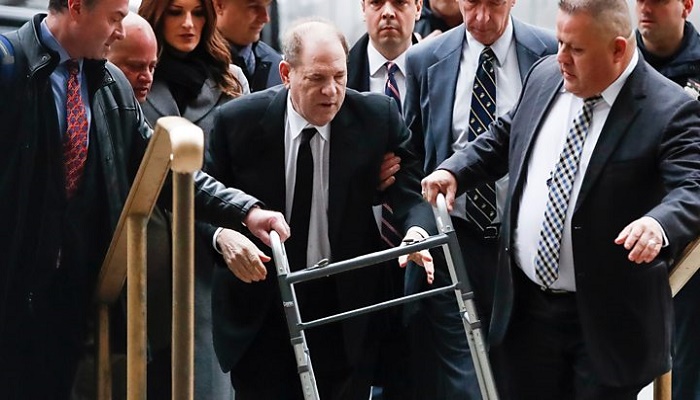 Harvey Weinstein has been charged with rape and sexual assault in Los Angeles on the same day he appeared in a New York court in a separate case.

The Los Angeles County district attorney's office said the charges related to the alleged sexual assault of two women over two days in 2013.

If convicted, he could face up to 28 years in prison.

The film producer earlier appeared in a New York court, where he faces separate charges of rape and sexual assault.

Jury selection in the New York case began on Monday, with the trial expected to begin properly in about two weeks.

Mr Weinstein has said all his relationships were consensual but admitted that he had "caused a lot of pain".

His lawyers have vowed to mount an aggressive defence against the allegations he faces, which spurred the #MeToo and Times Up movements against sexual impropriety.

What are the latest charges?

LA County prosecutors charged Mr Weinstein with allegedly raping one woman and sexually assaulting another in separate incidents over a two-day period in 2013.

On 18 February 2013, Mr Weinstein allegedly went to a hotel and raped a woman after pushing his way inside her room, prosecutors said.

A day later, they said, Mr Weinstein sexually assaulted a woman at a hotel suite in Beverly Hills.

The charges against Mr Weinstein include forcible rape, forcible oral copulation, sexual penetration by use of force and sexual battery by restraint.