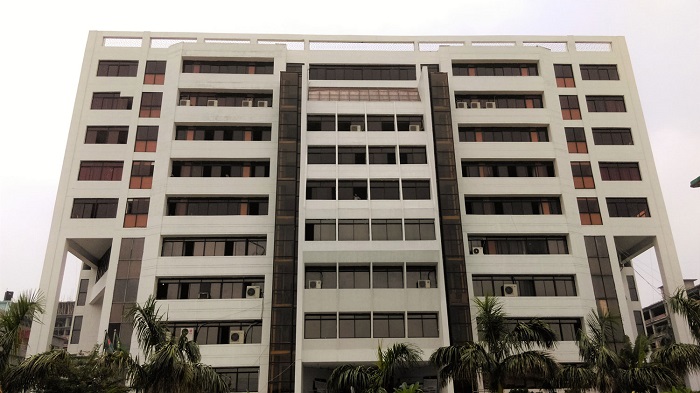 The project has provision of constructing overpasses on the city’s important railway crossings in order to free those from any accident, said Ashraful Haque, Chief Engineer of the city corporation.

He mentioned that salient features of the project are: around sixty-nine infrastructural developments including construction of six flyovers, 60 Bangabandhu Murals, central Shaheed Minar, 17 foot-over bridges and walkways besides the water bodies.

Meanwhile, the city corporation has been implementing six projects involving around Taka 795.59 crore at present to attain the cherished goal of developing sustainable citizen-friendly living after installing the scopes of quality physical infrastructural facilities of roads, drains and culverts.

Aimed at freeing the city’s around seventy-five percent areas from water-logging by June, 2020, a project titled “Drain Construction for Removing Water-logging in Rajshahi city (Third Phase)” is being implemented involving around Taka 193.29-crore (proposed).

Four railway culverts are being expanded beside construction of 8.67-km approach roads in addition to the procurement of two long-boom excavators and two rubber trucks under the project.

To make the traffic movement unhindered through expansion of the road crossings, 132.27-kilometer roads, 49.21-kilometer drains and 19.5-kilometer footpaths beside some of the physical infrastructure are being constructed and developed at different areas at a cost of around Taka 172.98 crore.

A four-lane east-west connecting road from the Rajshahi-Naogaon highway to Mohanpur Rajshahi-Natore highway is being constructed with the main thrust of building a strong and effective communication system.

Construction of a two-lane 327.5-meter flyover with ram on the railway track is one of the major components of the 6.793-killometer road construction project which is being implemented at a cost of around Taka 182.68 crore.

Upon completion of the project works by June, 2020, the road will create scopes of improving socio-economic condition of the public in general side by side with reducing urban poverty; installing an easy communication system between the Rajshahi city and national and regional connectivity.

Another existing road from Kalpana Cinema Hall crossing to Talaimary crossing is being elevated to four-lane with 2.20-meter wide footpath on both sides at a cost of around Taka 127.5 crore. Two other roads, one from Upashahar crossing to Sonadighi crossing and other from Malopara crossing to Sagarpara crossing, are being widened.

Main objective of the Taka 108.27-crore project is to smooth movement of city dwellers. Reconstruction works of the century-old public library building is progressing fast here as initiative has been taken to modernize the library to meet up the demand of time here under a Taka 21.95 crore project.

Construction works of a five-storey building of Padma Library and 17.94-kilometer footpaths were completed beside renovation of six dilapidated temples under the project.