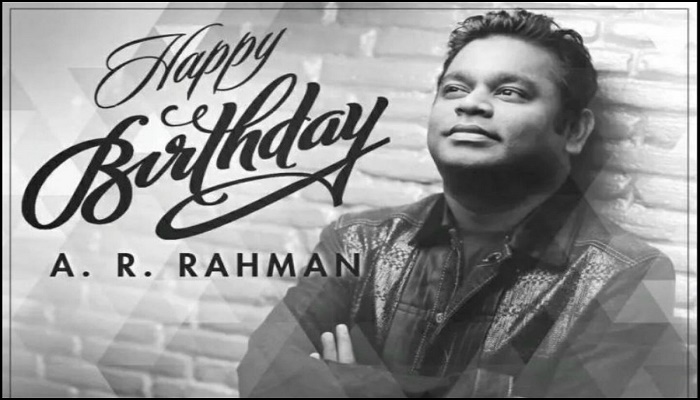 The celebrated icon of six National Awards, two Academy Awards, two Grammy Awards, and a Padma Bhushan holder, is one of the best-selling recording artists, with an estimated 150 million records sold worldwide.

Popularly called the Mozart of Madras, AR Rahman has made massive contributions in the film music industry of the South, but also in Bollywood.

Here are some of the most iconic and popular songs from his discography to celebrate his birthday.

A qawwali track form the Abhishek Bachchan and Aishwarya Rai Bachchan starrer Guru, this song from the 2007 Mani Ratnam film is one song AR Rahman is most celebrated for.

Like Mani Ratnam and AR Rahman’s collaboration, fans and critics anticipate the collaborations of filmmaker Imtiaz Ali and the music maestro.

This track from Tamasha was composed by AR Rahman to the vocals of Alka Yagnik and Arijit Singh and became one of the biggest attractions of the 2015 film.

Bombay is another collaboration between Mani Ratnam and AR Rahman that was appreciated as much for the film as for the musical score.

This was one of the kind tracks of the time that redefined the 90s chartbusters in the mainstream movie industry.

Mani Ratnam’s 1992 film introduced Rahman’s music to the world. The entire soundtrack of the film was appreciated, besides being also honoured by Time Magazine in 2005 as one of the 10 best soundtracks of all time.

While the entire soundtrack became a much favourite with fans, more particularly so tracks like, “Masakkali” and “Arziyaan”, “Rehna Tu” was another track from the Rakeysh Omprakash Mehra film that was a more subtle and nuanced one that rang with audiences and critics alike.

This experimental track was one of a kind, sung by Mohit Chauhan and Karthik. While this particular track and “Sadda Haq” stood out for its political messaging, the entire album of Rockstar is considered by many fans and to be Rahman’s best work that never loses its freshness even 10 years after its release.