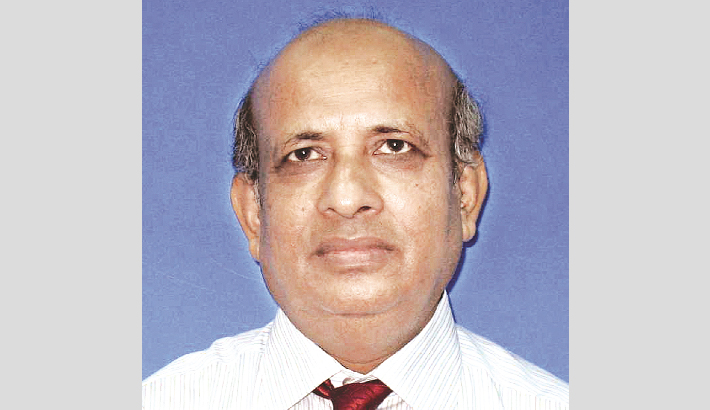 Agriculture in Bangladesh is organized around small fragmented village family farms as there are enormous socio-economic constraints engendered by topographic and monsoon calamities in the country. The exceeding population growth further multiplies this problem when we find that there is an abundance of population being dependent on it for their subsistence. In spite of this topographic constraints and demographic pressure which resulted in a tight cropping pattern in the country, the farmers have been able to maximize their production by using modern technology in crop production. The resulted use of modern technology not only increased production, it further brought massive revolution in the agrarian structure of the country.

In Bangladesh, modern technology based on high-yielding variety seeds, fertilizers and irrigation was first introduced in mid-1960s covering about 15 per cent of the total rice production by 1977-78.  It is learned from 2019 statistics that at present, modern rice cultivation in Bangladesh account for 99 percent of boro areas, 73 percent of aman and 80 percent of aus areas. The Agriculture Minister, Dr. Abdur Razzak has recently reported at the Jatiyo Sangsad this year saying that, ‘a total of 1crore 53 tons of aman rice has been produced in the country and it is expected that this production might increase up to 2 crore tons if the total boro production in the country is included’. It cannot be denied that all these successive successes are the contribution of Cumilla system of production in agriculture.

After several experimentation with multiple varieties of HYV rice e.g., IR-8, IR-20 during 1960s and 1970s, the Cumilla program showed a tremendous progress through a substantial increase of its rice production. It is documented that during the autumn of 1970, the IR-20 aman yield ranged from 20 to 70 per cent above, and averaged 30 per cent above that of local varieties. Despite substantial increase in the total agricultural production, it has often been argued that the Cumilla cooperatives have further reinforced the power of a group of dominant rural elites in the countryside.

The experiment of Cumilla depended on the establishment of two-tier cooperatives firstly consisting of small village cooperatives run by the villagers and secondly by federating a central cooperative at the Upazila level. The cooperatives organized at the village level are known as KSS for Krishak Samabaya Samity, the Bengali for “agricultural cooperative society” and at the Upazila level it is known as UCCA (Upazila Central Cooperative Association). The KSSs are organized for the joint use of a low-lift pump (LLP) or deep tube-well (DTW), and it is through the KSS that the villagers receive HYV seeds, fertilizers, irrigation technologies, government credits and other agricultural inputs.

The rationale for creating such village-based primary cooperatives (i.e., the KSSs) and federating them at the Upazila level (UCCA) is to integrate rural development in the countryside. And the establishment of a UTDC (Upazila Training and Development Centre) emphasized the need, for the sake of rural development, of coordination between government agencies and members of the cooperatives. The UTDC select a manager and a director (from model farmer’s category) for each KSS to attend training at the centre. It is expected that the manager and director will then disseminate their skills and learning to the members of the KSS in their weekly meetings. In addition to organizing farmers into village-based cooperatives and providing them training and extension education, the trainees are also supposed to mobilize members’ savings through thrift deposits and share capital and channel credit under UCCA.

The main objectives of such agrarian development are to organize villagers under local leadership with an institutional model designed by Cumilla to adopt it as a national program in Bangladesh. After the liberation in 1971, Bangladesh began to implement the Cumilla program under the leadership of IRDP (Integrated Rural Development Program), which later in 1982 was made the BRDB (Bangladesh Rural Development Board). By 1980, there had been a rapid expansion of the Cumilla cooperatives to 267 out of total 475 Upazilas, and day by day they are gaining in popularity among the rural poor in Bangladesh.

The much-mentioned Cumilla Cooperative approach developed through a direct experimentation of the Bangladesh Academy for Rural Development. While the program at the beginning was heavily subsidized with an understanding that it would eventually be self-financed and self-managed but subsequently, the program had encountered enormous problems in the context of its replication at various field levels in Bangladesh. Data provided by the author from the case study at a micro-level investigation of two cooperatives in a village in northwestern part of Bangladesh clearly documented the constraints that the cooperatives have now been facing at the implementation level.

Recently many researchers are focusing on a major weakness of Cumilla cooperatives by saying that they do not seem to have brought any significant benefits to the landless and land-poor villagers. It is however true that according to the by-laws, the cooperative membership is restricted to the farmers owning less than half-an-acre of land. The case study of two cooperatives as reported in this paper also corroborates this form of discrimination of the poor villagers. In a country like Bangladesh where 38.08 per cent of the population is either landless or functionally landless, this type of discrimination in the cooperatives would eventually benefit only the rich and middle farmers.

Furthermore, it is observed that the KSS cooperatives are now largely controlled by the better-off farmers which clearly suggest that the cooperatives are organized, administered and are managed by the rich descendants of the same politically powerful village families. It is now often reported that the only surviving element in the Cumilla program is the distribution of its credit and it is the main channel through which the villagers receive short term loans for farming activities. But it has been observed that the distribution of loans has now been controlled as well by the dominant groups and individuals to serve their own interests. The program is now badly subverted in patronizing a group of rural elites who are using it as a means to increase their power-base in the villages. Since the managing committee members are directly responsible for the disbursement of loans, a disproportionately large share of the cooperatives either go to their own family members or from members of their own factional groups.

The behaviour of the cooperatives particularly in regard to its irrigation program has not been able to coordinate the farmers. In spite of the increase of low-lift pumps, irrigation program of the cooperatives has lost its effectiveness as it had shown at the beginning when the model was tested at Cumilla. The major enticement for the farmers to form a KSS cooperative in the village is to get a low-lift tube well for its members. It provided the rich and middle farmers to buy STW and it is quite likely that they do not rent them to the poor cooperative members who do not afford the payment.

Despite its important deficiencies however, the Cumilla Approach was an accepted model evolved for innovative agriculture to face immediate food crisis and poverty in the country. But paradoxically however, this increased food production is often dependent on using excessive and uncountable amount of chemical fertilizers which is very much unsuitable in terms of human health land productivity. Contextually, the government and policy planners should be careful of the dangers of using unmeasured chemical fertilizers. Otherwise, victims will only be future generation.

The writer is a former Vice Chancellor of Cumilla University; at present teaching at Jagannath University, Dhaka