Save Illegitimate Children from Ignominy 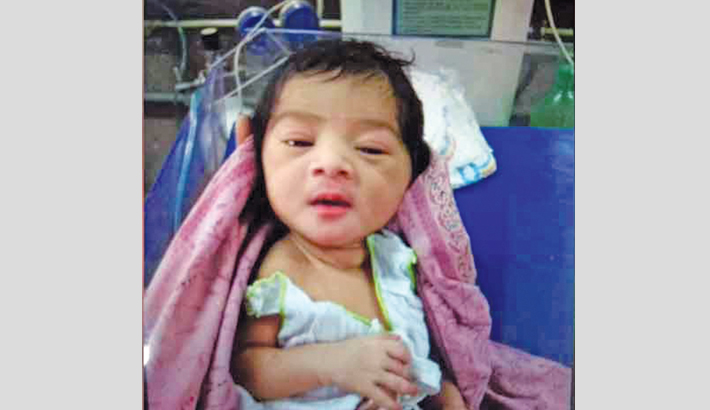 Illegitimate children are regarded as a taboo issue in our society due to lack of proper awareness of a large section of people, where they seem to be embarrassed to even talk in this regard. Social taboos are behind the resistance to public discussions about such matters. Our society is not an open place and religious stigmas act as a bar in ensuring rights of illegitimate children. Our perceptions are affecting a large number of people’s lives. Sometimes it is also true that some children would not even have their life, through no fault of their own. However, there are many unlucky children born against their parents’ will in our society who do not receive the recognition of their own biological parents.

Often in the morning with a cup of civilised tea, we do have to witness many events around us where infants are being found in dustbins, on open roads, in manholes or even in front of houses of worship. Our modern society is patronising an open field ensuring equality for both men and women; adopting western cultures from the dress code to choice of food; modern minds are showing laissez-faire attitude towards open relationships and so on. However, a child without any recognition from the biological father finds its place in dustbins, manholes, streets or wherever, instead of enjoying the warmth of its mother. It is a matter of regret that, sometimes street dogs show sympathy towards these children by saving their lives from getting eaten by vultures or being infested with the germs of the junks.

Sexual intercourse due to affection of love, or for money in prostitution, or enforced under undue influence, or as a victim of a crime of rape; may result in conception of a child in the womb of a female. Whatever the reason is, when an unmarried female conceives a child, the whole community turns barbaric towards her, thus leading the woman to choose an inhumane way like abortion, or forces a mother to leave her newborn child secretly on the streets, dustbins or somewhere alone. The helpless mother is driven by fear of stigmas that follow an unwed mother, as physical intimacy outside marriage is considered an immoral activity which is prohibited by religion.

In Bangladeshi society many religious beliefs are sustaining, among them the majority are believers of Islam and Hinduism. This write-up will try to argue from the perspectives of the believers of these two major religions.

The Islamic believers cherish their heartiest love and care for humanity; they provide their highest humble concerns for the underprivileged ones. Islamic believers work for ensuring human rights all over the world and that is why Islam has been appreciated from their ancient history. Respecting their care for mankind, Islam provides full human rights for all children, either an illegitimate or a legitimate one. However, no special remedy has been provided for an illegitimate child because extramarital sexual affairs are prohibited in Islam as it is considered a grievous sin. From the Islamic perspective, no illegitimate child should be born in the Muslim community and thus have taken the view away from the Islamic mindset. Besides, if any inconvenience has taken place, Islam has provided mandatory marriage for the grave sinners. However, in this current society, women are being raped frequently and in the worst situation, the close relatives and friends are conducting rape of their beloved ones. Moreover, Islam has prohibited the abortion system regarding it as another grievous sin. As a result, often victims of rape find themselves in a no win situation, being forced to give birth to illegitimate children secretly and then abandoning them to an unknown fate. Therefore, the hapless illegitimate children find their places in orphanages, leading a life full of miseries instead of a privileged life like other children.

In Hinduism, Section 20 of the Hindu Adoption and Maintenance Act, 1956, imposes an obligation upon both the parents equally to maintain the children without differentiating between legitimate and illegitimate children. Similarly, Sections 24 and 25 of the Hindu Marriage Act 1955, affirms the rights for both legitimate and illegitimate children to be entitled in getting maintenance as Section 2 has confirmed the meaning of child as either legitimate or illegitimate. However, rape victims without any option to claim fatherhood for their children remain out of the concerned law. Following the Garbha Upanishad, the soul Jivan enters the human body in the seventh month and any killing of Jivan is a crime. An arguable interpretation may legalise abortion before the seventh month; still, abortion is a very uncharitable process.

Furthermore, Christianity does not either provide any remedy for the purpose. As a result, the illegitimate children remain unprivileged. Therefore, this write-up is seeking kind concerns of the legislatures for enacting new legislation and kind attention of the religious scholars for ensuring their rights properly, not only as human beings but also as privileged children of the society. The society should take care of all the children equally, without discrimination, as a child does not decide its own birth. Life is given by God and only God has right to take it.

The writer is an Apprentice Lawyer, Dhaka Judge Court, Bangladesh.