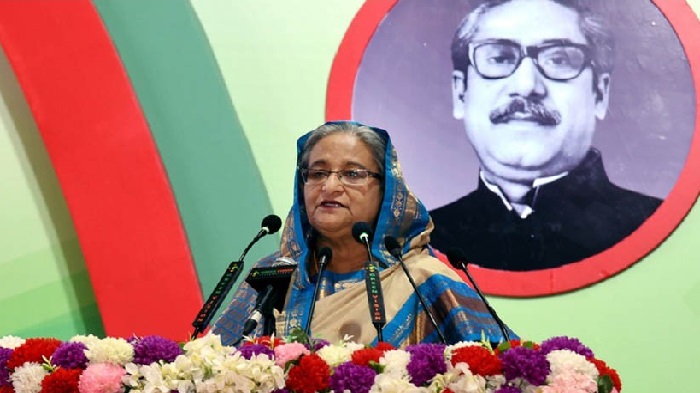 Prime Minister Sheikh Hasina on Monday urged bank owners not to go back on their promise this time as in the past to bring down the interest rate to single digit.

"I’ve fulfilled all of your demands one after another, but you didn’t keep your promise. This time, you mustn’t break your commitment (to lower the interest rate). You’ll have to live up to your promise," she said.

The Prime Minister said this while addressing a programme at her official residence Ganobhaban where Bangladesh Association of Banks (BAB) donated Tk 225 crore to Father of the Nation Bangabandhu Sheikh Mujibur Rahman Memorial Trust to celebrate the birth centenary of Bangabandhu during the ‘Mujib Borsho' from March 17, 2020 to March 26, 2021.

As BAB Chairman Nazrul Islam Mazumder mentioned that the single-digit interest rate -- 6 percent for deposit and 9 percent for lending -- will be implemented from April 1 as per the deadline, she said, "I hope that it’ll come into effect. Or else, the investment will be hampered and it’ll face problems."

After a meeting with private banks’ sponsors and managing directors at the BAB headquarters recently, Finance Minister AHM Mustafa Kamal said banks would have to implement the 9 percent interest rate from April 1 next as per Prime Minister Sheikh Hasina’s instruction.

At the same time, banks will have to pay 6 percent interest on deposits, he had said.