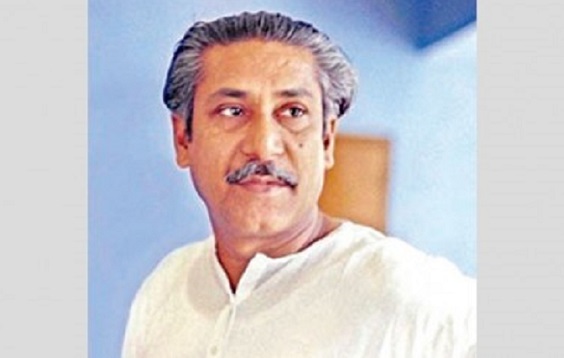 The nation begins the countdown for the birth centenary of the Father of the Nation from January 10. This year should be treated as the year of retrofitting the ideological foundation of the nation-state called Bangladesh. Bangladesh consummated its victory of December 16, 1971 on January 10, 1972, with the return of Bangabandhu from the prison of West Pakistan. Bangabandhu was taken to London from Pakistan in a Pakistani aircraft and from there he flew to Dhaka by the plane of the British premier. The British Prime Minister Edward Heath showed a rare gesture of warmth, respect and friendship by giving his prime ministerial jet to carry Bangabandhu to Bangladesh. Bangabandhu’s flight landed at Dhaka International Airport in the afternoon.

Hundreds and thousands of people flocked to the airport to have a glimpse of Bangabandhu. Tired and frail because of the nine-months solitary confinement, Bangabandhu disembarked the flight with a heavenly glow in his curious smiling face. He climbed up on an open truck to wave to the human sea which formed at the airport and adjacent areas to greet him. Bangabandhu went directly to join thousands of people at Suhrawardy Uddyan, where he had declared independence on March 7, 1971, to address the newly born country even before uniting with his family members.

In his maiden speech after returning home, Bangabandhu addressed the most urgent and crucial issues of the day. He appealed to the world community to officially recognise Bangladesh as an independent country and set the course of rebuilding the country by establishing the rule of law. He rejected the Pakistani model of the Islamic state and declared that Bangladesh would be a secular, socialist and democratic state. The dancing and smiling masses at the Suhrawardy Udyan embraced him as the father of the nation.

Bangabandhu, in just three and a half years term, prepared a road map for a modern state based on planned development. He created a planning commission with the brightest minds of the country. Prominent faculty members from Dhaka University’s Economics department joined the planning commission and drafted the first five-year plan in 1973 to create a welfare society by reducing income inequality. The first five-year plan emphasised on land reform, developing village cooperatives for eliminating exploitation, achieving self-sufficiency in food production through expansion of agriculture, the development of energy and transportation sector, import substitution and reliance on domestic resources instead of dependence on foreign aid, rapid growth in health and education and employment generation. Bangabandhu’s government placed the utmost importance on creating an education system that would focus on developing human resources.

An education commission with Dr. Mohammad Kudrat-e-Khuda as the convener was made to prepare a report for improving the education sector. In launching the commission on September 24, 1972, Bangabandhu directed the commission to deliver thoughtful recommendations for creating an education system that would help to create a just society and prepare a long-term plan for the development of the education sector with the limited resources the country had. The Kudrat-e-Khuda Commission submitted an interim report in June 1973 and the final report in May 1974, highlighting three things: the rapid expansion of primary education, eliminating illiteracy, and giving priority to vocational training. Following the recommendations of the Commission, Bangabandhu nationalised primary schools to ensure job security of the teachers. His government provided free textbooks to students up to class five and at 40 per cent discount from grade six. For encouraging and expanding female education, the government made girls’ education up to grade eight free of cost. The universities were given autonomy by enacting the 1973 ordinance to promote critical thinking.

Assessing the economic performance of Bangladesh during Bangabandhu’s regime, Economist Abul Barkat, in his book “Bangabandhu, Samata-o-Samya,” rightly observes that if Bangabandhu were alive, Bangladesh’s GDP in 2011 would be 2.73 times higher than that of Malaysia.

After the brutal assassination of Bangabandhu, along with his family members, in August 1975, Bangladesh veered toward a backward direction. General Zia repealed the Collaborators Act of 1972 to stop the trial of the criminals who committed rape, murder and arson during the liberation war. He made constitutional amendments to change the secular character of the country and to allow the religion-based political parties, which were banned after the independence, to reorganise and relaunch their activities. The Muslim League and the Jamat-e-Islami reactivated their machinery with renewed vigor. Collaborator in Chief Golam Azam returned to Dhaka on a Pakistani passport to don the leadership of the Jamat-e-Islami. Bangladesh then adopted a pro-market policy discarding its welfare-state approach to development which barred the country from controlling social inequality.

After assuming the responsibility of the government, Prime Minister Sheikh Hasina has been leading a crusade to bring the country back to its original soul. She held the trial of the war criminals and initiated steps to bring back the welfare state approach. In recent years, Bangladesh has turned into a role model of social development for the world by achieving the MDGs, registering steady progress in socio-economic development, and maintaining a high growth rate.

In the year 2020, the Mujib year, we need to rethink about the ideals of the Father of the Nation and renew our vow to implement them to build a developed country where inequality and communalism will have no space. We are also on the verge of facing the onslaught of the Fourth Industrial Revolution which tends to transform work, employment and the production system radically. We need to take inspiration from Bangabandhu to negotiate with the forces of the Fourth Industrial Revolution for creating a just society.

The author is Professor and Founder Chair of the Department of Television, Film and Photography at the University of Dhaka