No existence of ‘swine flu’: IEDCR 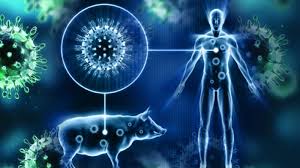 Country’s disease monitoring arm, Institute of Epidemiology, Disease Control and Research, urged people not to worry about ‘swine flu’ as it does not exist anymore.

“The virus named ‘swine flu’ does not exist anymore in the globe. In 2009 Influenza was epidemic in the world, that time it was called swine flu but later, World Health Organisation (WHO) imposed direction to term it seasonal influenza (H1N1) in 2010.

When the virus was detected in Bangladesh again in 2013, experts said swine flu became a “seasonal influenza” (H1N1) in Bangladesh like the other two viruses –influenza B and H3.

Patients with problems in the respiratory system or lungs, those who have diabetes, pregnant women, children aged between six months and five years, and people older than 65 years are more vulnerable to H1N1, DG said. Pregnant women, uncontrolled diabetic and cancer patients are also at high risk of H1N1, he added.

Urging all not to panic, IEDCR Director said, vaccine for the disease is available here and people can take it following doctors’ prescription.

At present, it is not the season of the seasonal flu while the flu is now common in the USA and Europe, so we have to be conscious if any H1N1 positive person arrives here, she said.

Fever, runny nose, sore throat, and cough followed by breathing difficulty are some of the symptoms of the seasonal flu. IEDCR suggest cautionary steps –Cover nose and mouth when cough or sneeze, wash hands often with soap and water, especially after coughing or sneezing, try to avoid close contact with sick people.

Regarding the reason of death of Awami League former lawmaker Fazilatunnesa Bappy, Flora said, she died of respiratory problem and suffering from pneumonia and respiratory complications and seasonal flu.