Can We Predict the Future? 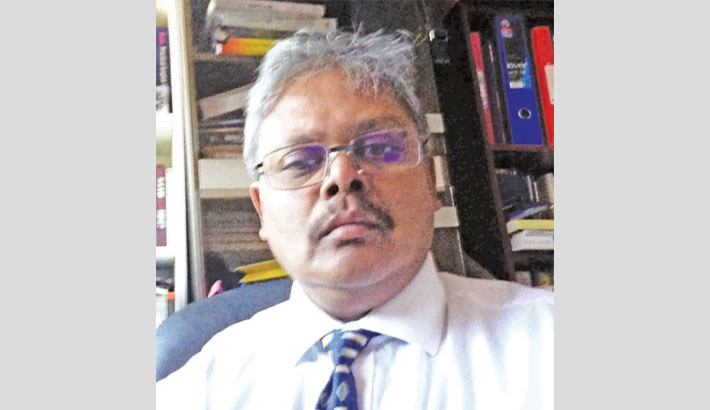 Stephen Hawking, in his book Brief Answers to the Big Questions posed the question – do the laws governing the universe allow us to predict exactly what is going to happen to us in the future? Hawking thought that ‘we can predict the future, in principle at least. In practice, however, our ability to predict the future is severely limited by the complexity of the equations, and the fact that they often have a property called chaos.’ Chaos is when the present determines the future, but the approximate present does not approximately determine the future.

The reason is that chaos theory focuses on the study of the states of dynamical systems whose apparently random states of disorder and irregularities are often governed by deterministic laws, but such laws are highly sensitive to initial conditions. Small differences in initial conditions can yield widely diverging outcomes for such dynamical systems, rendering long-term prediction of their behaviour impossible in general. This is why weather forecasts can be so unreliable.

French scientist Pierre Simon Laplace suggested that if at one time we knew the positions and speeds of all the particles in the universe, then we would be able to calculate their behaviour at any other time in the past or future. Also Isaac Newton, more than 300 years ago, demonstrated that one could predict the motion of almost all celestial bodies using his theory of gravity.

In this way scientific determinism was born. Philosopher and critic G K Chesterton argues against the theory of scientific determinism. He reasoned that a man’s life is determined for him by factors beyond his control, be they the environment, heredity, or a host of other external forces that play upon him. Hawking also argued that Laplace’s classical view that the future motion of particles was completely determined, if one knew their positions and speeds at one time, has to be modified, because according to Hawking ‘in the twentieth century there were two developments that show that Laplace’s vision of a complete prediction of the future cannot be realised’. The development that Hawking mentioned was quantum mechanics and Heisenberg’s uncertainty principle.

Physicist Heisenberg one day drove a car with high speed. A police officer stopped him and asked, ‘Do you know how fast you were going?’ Heisenberg replied, ‘No, but I know exactly where I am’. This is what the Heisenberg uncertainty principle is. The principle suggests that we cannot simultaneously know both the position and the velocity of any object. However, the reality is deeper than this. Sean Carroll suggests that ‘It’s not that we can’t know position and momentum, it’s that they don’t even exist at the same time’. What it means?

In Quantum Mechanics a particle is represented by a wave function, the size of which gives the probability that the particle will be found in that position. The rate at which the wave function varies from point to point gives the speed of the particle. One need light to see a particle, but this process will disturb the particle and change its speed. According to Max Planck, as a minimum a quantum of light is needed to visualise a particle, but this light has energy, which can change the speed of particle. Mathematically we can say Heisenberg principle as: the uncertainty in the position of a particle times the uncertainty in its speed is always greater than a quantity called Planck’s constant, divided by twice the mass of the particle. Philosophically we can think like Zeno, who was a pre-Socratic philosopher and a pupil of philosopher Parmenides. According to Zeno, consider an arrow fired at a target. At any point in its flight the arrow occupies exactly the space that is its length. It is therefore motionless in that space, because all things are at rest when occupying a space equal to their own size.

So, if you know location of an object at a particular point in time, then speed of it is zero at a particular point in time. This is the reason Heisenberg mentioned that one cannot know both the position and the speed accurately. Hawking also suggests that ‘gravity can wrap space-time so much that there can be regions of space that we can’t observe’. So, chaos and uncertainty of measurement and observation plays a part in any prediction about the future.

Above all, the earth is becoming too small for us. I wrote several months ago that we have no space on earth, so we need to go to space. On the one hand our physical resources are being drained at an alarming rate; on the other hand we have received disastrous gifts of climate change, pollution, global warming, deforestation, sea level rise and reduction of polar ice caps. All have some cumulative effects on humankind. In order to sustain in this environment, Edward Wilson, in his book Half Earth proposed that ‘only by committing half of the planet's surface to nature can we hope to save the immensity of life-forms that compose it.’ However, Hawking believes that there are great inventions of the future which will revolutionise the ways we live, work, eat, communicate and travel. As Hawking puts it, ‘we could be mining rare metals on the Moon, establishing human outpost on Mars and finding cures and treatments for conditions which currently offer no hope.’

Henri Poincare, in his book The Foundations of Science: Science and Hypothesis, the Value of Science, Science and Method, suggests that ‘It is far better to foresee even without certainty than not to foresee at all.’ I hope that our emerging knowledge will expand the limits of science. We would be able to understand our ignorance better. That knowledge will lead us to the recognition that for the survival of humankind, technological society has to adapt to the constraints of our prediction about the future.