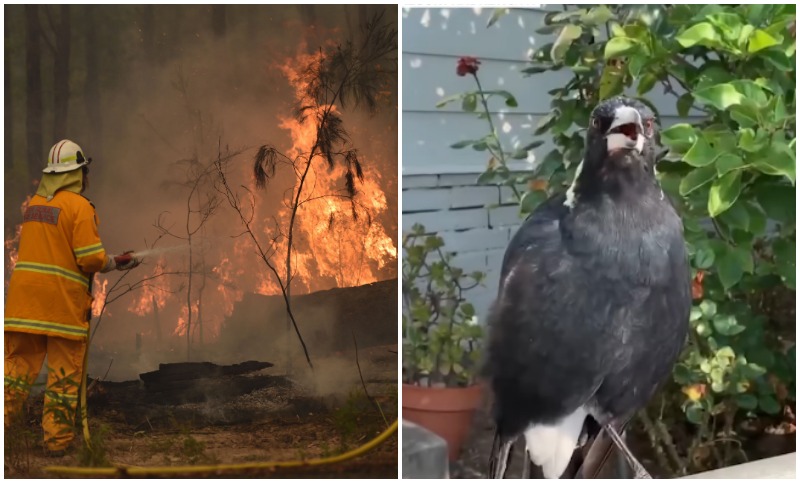 A magpie has been caught on camera mimicking the sound of a siren after hearing “so many fire trucks” as wildfires continue to grip Australia's east coast.

He shared the footage on Facebook, commenting: “This is one of the coolest things ever.

“Today I met an Australian magpie in Newcastle NSW which had learned to sing the calls of fire-engines and ambulances.”

Copacabana Rural Fire Brigade said the bird appeared to have picked up the sound because “there have been so many emergency vehicles driving through bushfire-affected towns of New South Wales”.

Alexander Verbeek, from the Institute for Planetary Security, in Stockholm, suggested the video illustrated the effects of man-made climate change.

He posted on Twitter: “My first tweet in the third decade of the third millennium illustrates best the sad state of our plane.

“An Australian magpie has been hearing so many fire trucks that he has started to copy the sirens. Yes, our house is on fire!”

On Thursday thousands of tourists fled Australia’s eastern coast as worsening conditions, fuelled by high temperatures and strong winds, are predicted over the weekend.

In New South Wales, 381 homes have been destroyed just this week and 18 people have died since the fires began burning in September.