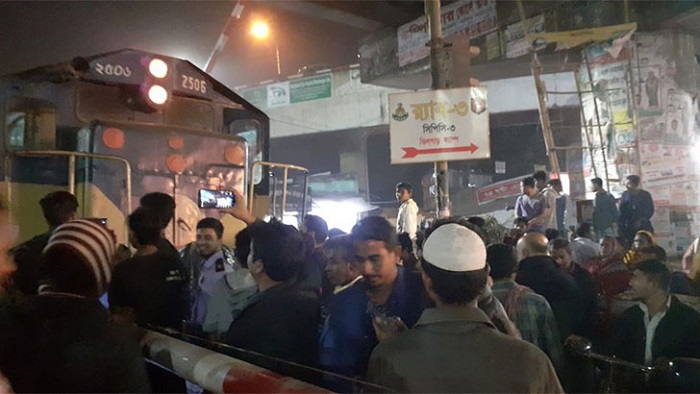 Plying of vehicles halted on Khilgaon-Fakirapool road in the capital on Thursday night as a railway engine derailed near Shahjahanpur area.

A lone railway engine veered off the track while it was moving toward Kamlapur from Shahjahanpur during shunting at around 11:30 pm tonight.

According to Railway police source, a shunting train derailed near Khilgaon level crossing which blocked Kamlapur bound ‘Parabat Express’ coming from Sylhet at the level crossing. It also forced vehicles plying on Khilgaon-Fakirapool road to a halt.

Confirming the matter, Mirza Mohammad Mukta, Sub Inspector of Dhaka Railway police station, said several rickshaw-vans, parked near the railway track, were damaged as the engine veered off the track.

However, no casualties were reported in this accident, he added.