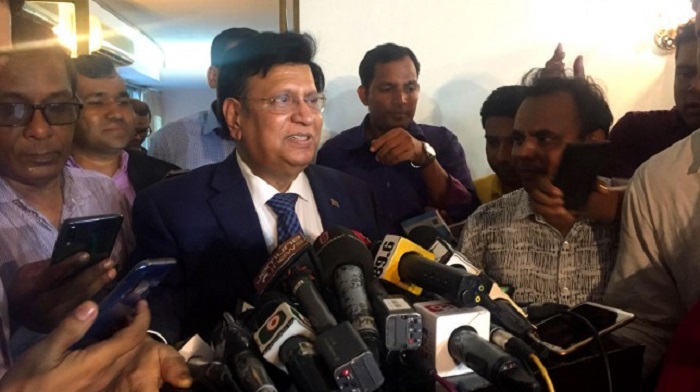 Foreign Minister Dr A K Abdul Momen on Thursday urged the country’s filmmakers to produce film on different stories of the forcibly displaced Rohingyas of Myanmar for creating further global sensitisation about the crisis.

The minister made this call while addressing a photography exhibition titled ‘Flash on Rohingya Genocide’ at Bangladesh Shilpakala Academy’s National Art Gallery in the capital.

“I urge our talented filmmakers to make films on the Rohingya issue to spread the truth (worldwide),” he said.

A total of 120 photographs are being exhibited in the exhibition, including 57 photographs of renowned photographers KM Asad, Mahmud Hossain Opu, Suman Paul and Salahuddin Ahmed Palash, captured since 2012.

The foreign minister said Bangladesh is trying to send back the Rohingya to their homeland Myanmar in a peaceful manner. “We do not want any conflict with our neighbouring countries,” he said.