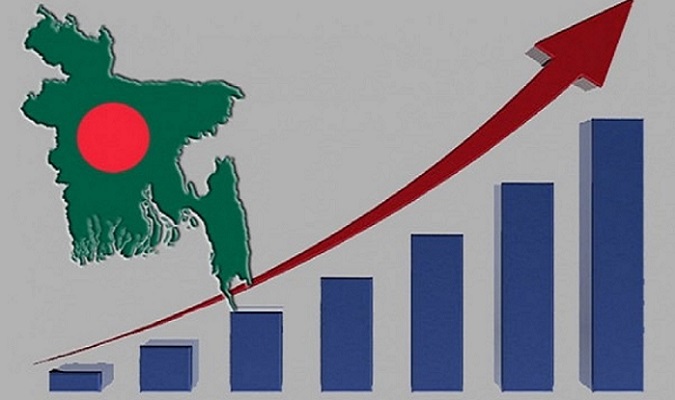 Bangladesh will become 25th largest economy of the world by 2034 if the economy grows at around 7.3 percent for nine years after 2025, Centre for Economics and Business Research (CEBR) hoped.

At present, Bangladesh spots at 40th place in the World Economic League Table, according to CEBR.

The economy of Bangladesh performed well in 2019, expanding by an impressive 7.8 percent with a PPP adjusted GDP per capita of $5,028, said the London-based think tank.

The population of Bangladesh has risen at a rate of just 1.0 percent per year since 2014. This has meant that per capita incomes have grown considerably in recent years, it said.

Government debt as a share of GDP rose to 34.6 percent in 2019, up from 34.0 percent in 2018. Despite this increase, the public sector finances remain in good shape.

The relatively low debt burden has provided the government with the fiscal headroom to operate a budget deficit of 4.8 percent in 2019, said CEBR.