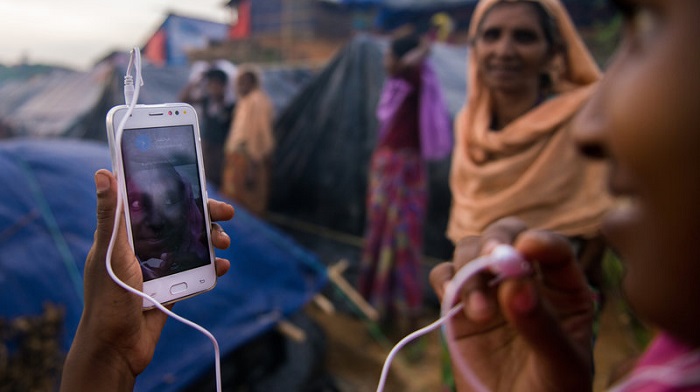 The Rohingya from Myanmar are still using over 300,000 SIM (Subscriber Identification Module) taking advantage of slow deactivation of the illegal SIM’s by private operators of the country, sources said.

The Bangladesh Telecommunication Regulatory Commission (BTRC) has identified it and submitted a report in this regard to the Posts and Telecommunications Division recently after investigation led by BTRC director generation Brig Gen ABM Humayun Kabir.

The regulator conducted the investigation after the media reported that over one million SIM have been used by Rohingyas illegally at 34 Camps in Ukhiya and Teknaf which was a serious security threat of the country.

According to the BTRC, Biometric verification is a must to get SIM cards.

The BTRC has already formed a technical committee comprising of private mobile operators to find out the illegal SIM users in the Rohingya camps.

Besides, the BTRC has suspended 3G and 4G services full time and instructed GP, Robi, Banglalink and TeleTalk to activate only 2G services for the camps.

The regulator has now sought to shut all illegal SIM’s at the 34 Camps in Ukhiya and Teknaf in Cox’s Bazar.

Besides, the regulator also requested to the ministry for taking necessary steps so that Myanmar’s mobile signal did not work on the border as these illegal SIMs can easily be found inside refugee camps as well as in nearby shops.

A significant number of Rohingyas living in the camps of Ukhiya and Teknaf areas in Cox's Bazar, have been using Myanmar state telecom’s SIM better known as MTP. The MTPs are brought into Bangladesh everyday in huge consignments through illegal channels.

The BTRC has suspended the network over a month which was withdrawn Wednesday.