Are Youths Becoming Averse to Politics? 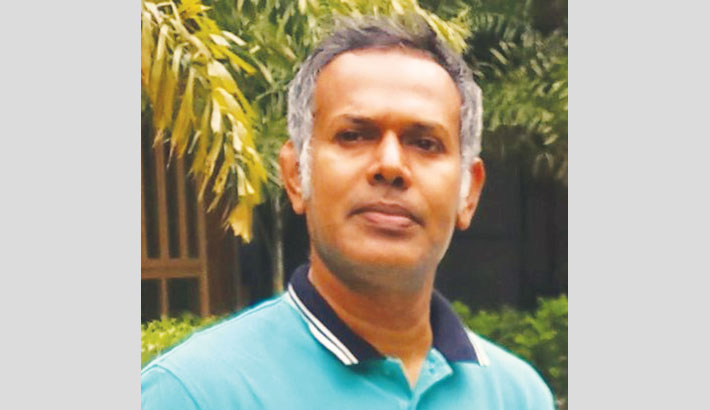 Nowadays, we hear a generalised statement that the Bangladeshi youths are not at all interested in politics. A Youth Survey -2019, recently conducted by the Daily Prothom Alo shows such a picture about the youths’ attitude to politics. The survey was made on the basis of the opinions given by one thousand and two hundred young people aged 15 to 30 across the country. However, the youths’ aversion to politics is a matter of grave concern because about 57 percent respondents, according to the survey, are not at all interested in politics. Of them, 26.6 percent people (one of every four participants) do not even think about it, and 30 percent participants do not like any kind of political involvement. Even a group of respondents (1.4 percent) – though very small in number – were uninterested in responding to questions about politics.

The number of young people who are not interested in politics is increasing day by day. In 2017, according to the Prothom Alo Youth Survey, 51.2 percent people showed their instant aversion to politics. And, the rate has risen up to 57 percent within two years. More than half of the participants - who were interviewed in this year’s survey - opined that unhealthy political culture, political violence and lack of freedom of speech were the decisive factors in their continuing aversion to politics.

Despite their indifference to politics, the youths have interest in social movements – such as road safety movement and quota reforms movement – that attracted 73.7 percent young people. According to the Prothom Alo survey-2019, 86.5 percent youth supported the “Road Safety Movement”. This movement (following the death of two students on Dhaka airport road on 29 July 2018) has been the most crucial one in recent years because hundreds of thousands of students from various educational institutions took to the streets, protested over the killing and demanded road safety across the country. And, Road Transport Act 2018 – recently passed in the parliament – is the outcome of the students’ movement.

Another striking movement spread throughout the country in February 2018 is “Quota Reforms Movement” led by the general students (colleges and universities) who demanded immediate reforms in government jobs because they thought they had been deprived of the public services (BCS) over the years. Even the police action could not stop the movement. However, the prime minister made a positive announcement regarding the quota reforms on 11 April 2018 in the parliament. Later, the ministry of public administration published a gazette repealing quotas in government jobs (9th – 13th grade) on 4 October 2018.

According to the Prothom Alo survey, 83.9 percent people supported the movement. Of them, 56.5 percent participants supported it fully and 27.4 percent of the respondents supported it slightly. However, 7.8 percent respondents were not aware of it while 8.3 percent young people were against the movement. Despite their interest in social movements, only 7.6 percent youths aged 15-29 participated in the streets demonstrations /protests. The number of boys (protesters /participants) was higher than that of girls. But, many of them were active on social media like Facebook.

But this is very alarming when we see more than half of the youths – interviewed in the survey – opine that if they protest against any injustice, they are to face the police or court. They also feel that they may have to fall victim to any physical or mental torture if they dissent or go against any mainstream political campaign.

Now the question is – why are social movements becoming popular across the globe? We have observed in 2019 that angry, dissatisfied people /citizens have swelled the city streets in many countries. They have also expressed a common grievance – the establishment’s failure to pay heed to their demands /voices for a more equitable and secure future. While street protests are nothing new, experts say the intense 2019 flare-ups reflect a towering rage or sentiment that the social contract between the governments and the citizens has broken down, with voters paying the price but incapable of bringing about any meaningful change. And Bangladesh is no exception.

This is why, it often takes only a small move to trigger a protest – in Chile, it was a metro ticket hike; in Iran and France, it was higher fuel prices; in Lebanon, it was just a “WhatsApp tax”. In Iran, some protesters have also died. Even in Hong Kong and India, calls for unrestrained political freedom have become a powerful rallying force. Yet, the Indian youths (a large number of university students) are protesting over CAA (Citizenship Amendment Act) recently passed in the parliament. We also notice that in Iraq, fury over corruption and unemployment boiled over into massive clashes that have left hundreds of people dead and forced the prime minister to step down.

According to Jake Werner, a historian at the University of Chicago, what unites the protests is that all are responding to a sense of exclusion, pessimism about the future, and a feeling of having lost control to unaccountable elites. A French sociologist Erik Neveu also said, “The belief in democracy’s capacity to change people’s lives is undoubtedly eroding.” [Source: AFP].

At present, we encounter “social-media revolutions” and also see youth activism on Facebook where they can vent their anger and frustration because politicians hardly talk about pro-people issues and debate and decide positively in the parliament. Simultaneously, citizens – mainly the youths – are losing faith in politics and politicians. Besides, the media controlled by the governments seems to compromise their belief /principles - which is now a global phenomenon. Then what’s left? Is this the civil society? Even their unaccountability has been exposed, to some extent, because popular forces are hardly aligned with the so-called elites representing the civil society. Also, the so-called intellectuals – mostly the university teachers in Bangladesh – nakedly split into two political camps are fond of partisan politics with an unquestionable allegiance. So, many of them remain busy lobbying or looking for profitable posts in public sector.

Unfortunately, the youths do not find any reliable role model in politics before them and also have little confidence in democracy fading out gradually across the globe. This is why, the young people are to depend on social movements where they often take the lead, and – at the end – these profound movements become intergenerational. Today’s youths feel that the present form of democracy is a sham, and the existing political practice is a sheer game which is rigged. Eventually, the social movements are the only recourse!

The writer is an associate professor and chair, Department of English, Stamford University Bangladesh.