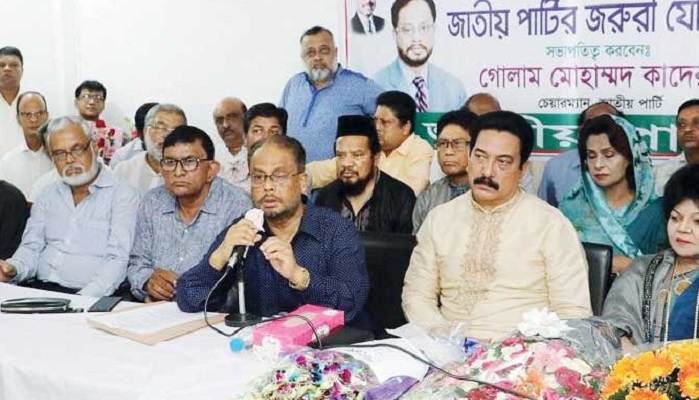 Jatiya Party Chairman GM Quader on Wednesday said their party must obtain the capability to govern the country as people want to see it in power.

“Jatiya Party (JP) needs to be more united and stronger. People want to see Jatiya Party in power. Jatiya Party has to attain the due strength to take the responsibility of the country,” he said.

GM Quader came up with the remarks while speaking at a discussion arranged by Jatiya Party on the premises of its Kakrail office, marking the party’s founding anniversary.

He said their party is now a strong political force in Bangladesh as it can influence the course of politics.

The Jatiya Party Chairman said their party will earn the trust of people by announcing programmes in their interest.

He urged the party rank and file to have the steadfast confidence in party leadership to maintain discipline and unity in the organisation. “Keep it in mind that leader is always right. I’ll work taking opinions of all, but I’ve to take some decisions in the interest of the country and the party.”

Quader said many people had said Jatiya Party will get split into many groups in the absence of HM Ershad, but their perception has proved wrong as it is now a united party.  “It’s also proved that Jatiya Party a growing political force of the country.”