BCL’s reputation has to be revived: Quader 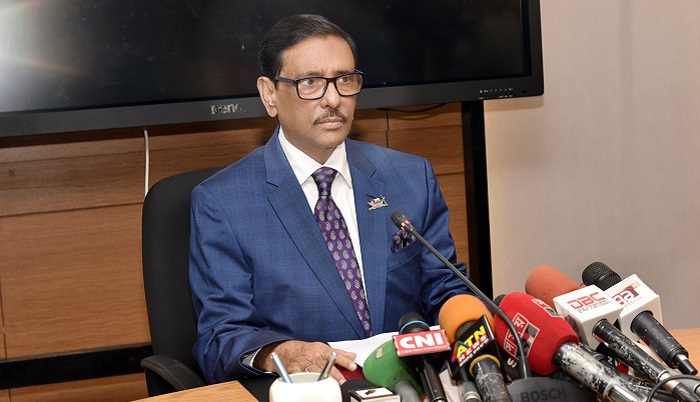 Noting that Bangladesh Chhatra League (BCL) has earned a sort of bad name for its various activities, Awami League General Secretary Obaidul Quader on Wednesday said its past glory will have to be revived.

While inaugurating an orientation course for the BCL activists at its central office on Bangabandhu Avenue, he also said the misdeeds of a few BCL leaders and activists have tarnished the image of the government and the achievements of the party.

The orientation course is aimed at enhancing the organisational efficiency.

Quader, also the road transport and bridges minister, however, said the party will not take the responsibility for their misdeeds.

“We don’t need such Chhatra League leaders who killed Abrar, humiliated the teacher of Rajshahi Polytechnic and killed Biswajit,” he said.

He said those who can stand headwinds will be able to become the real leaders.

The ruling party leader also said those who want to use politics as a tool to make their own fortunes need not do the politics of BCL.

Mentioning that a war is on under the leadership of Prime Minister Sheikh Hasina to ensure the economic emancipation of people, he said BCL will have to play the key role in this regard.