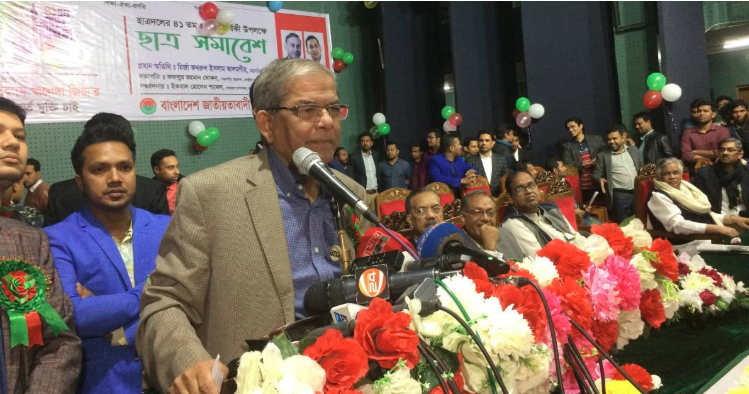 BNP Secretary General Mirza Fakhrul Islam Alamgir on Wednesday said their party is taking part in the upcoming city polls to expose further that no credible election is possible under Awami League.

“Many people ask one question as to why we’re joining the polls. First, I would like to say when we had boycotted the 2014 election it was said that we made a mistake. We took part in the 2018 election to prove we didn’t make mistake in 2014 as no fair election can be held under Awami League,” he said.

Speaking at a discussion, the BNP leader further said. “Now, we’re asked again why we’re going to join the city corporation elections. I would like to say we’re taking part in the polls to expose again that no fair and credible election can be held under Awami League.”

Fakhrul came up with the remarks apparently reacting to Awami League General Secretary Obaidul Quader’s question about the reason behind BNP’s participation in the city elections since the party has no confidence in the Election Commission (EC).

Fakhrul said Chief Election Commissioner Nurul Huda himself admitted that their Commission could not ensure free and fair election while another Commissioner Mahbub Talukder clearly said this EC is not capable of holding a credible election.