Graft cases that raised eyebrows in 2019 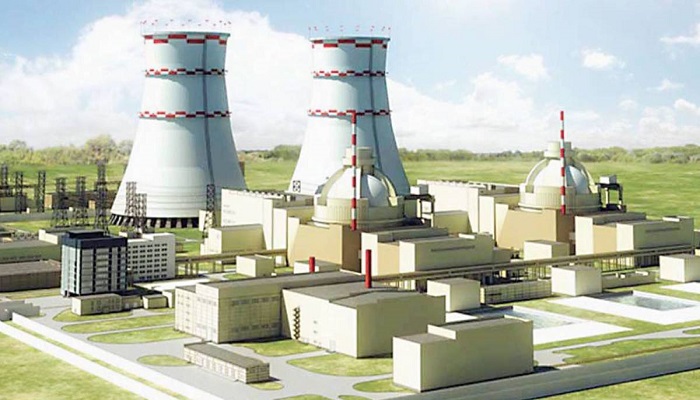 As the war against corruption in Bangladesh has failed to achieve any success yet, the country witnessed some unusual graft cases that raised the eyebrows of all in 2019.

According to the Corruption Perceptions Index 2018 published by Transparency International Bangladesh (TIB), Bangladesh stood second most corrupt country in South Asia while the country ranked 149th in the world, 13th from the bottom.

Irregularities in the Green City Housing Project of the Rooppur Nuclear Power Plant (RNPP) project sparked widespread criticisms across the country. On December 12, the ACC arrested 13 people in a corruption case filed over the irregularities.

The government earlier formed two probe committees on May 19, three days after a media reported on cost-related irregularities in the housing project.

According to the probe reports, a Tk 113.63-crore deal was signed with three companies for the supply of furniture and electrical appliances for four buildings of the Green City Housing Project. But the actual price of those items was Tk 77.23 crore.

The purchase price of an electric kettle was reportedly Tk 5,313 and its lifting cost was Tk 2,945.

Embezzlement of Tk 10 crore during the purchase of curtains and instruments for Faridpur Medical College Hospital (FMCH) was another big corruption in the year of 2019.

FMCH authorities were accused of gross corruption in the procurement of medical machinery and materials, including buying a piece of curtain used as a bed screen for Tk 37.50 lakh.

ACC sources also mentioned a Department of Human Services (DHS) report showing that the hospital authorities submitted a bill of Tk 52.66 crore for buying some machines against the actual cost Tk 11 crore.

The report said the hospital authorities had shown the price of a bed screen used in the ICU at Tk 37.50 lakh, an oxygen generating plant at Tk 5.27 crore, a vacuum plant at Tk 87.75 lakh, a Bispectral index (BIS) monitoring plant at Tk 23.75 lakh, three digital blood pressure machines at Tk 30.57 lakh, and a head cardiac stethoscope at Tk 1.12 lakh.

On August 20, the High Court directed the Anti-Corruption Commission (ACC) to investigate the alleged corruption in FMCH and submit a report within six months.

The ACC on November 26 approved a case against six people for the embezzlement while ACC Deputy Director Mamunur Rashid Chowdhury filed the case on November 28.

The corruption case against suspended ACC director Basir and DIG Mizan was another talk of the town.

The ACC on July 23 filed a case against suspended Deputy Inspector General (DIG) of police Mizanur Rahman and Basir over the Tk 40 lakh bribery scandal.

Sheikh Mohammad Fanafillah, ACC director, and also the leader of the investigation team, filed the case with Dhaka-1 coordinated district office under the Anti-Corruption Commission.

Earlier, the ACC approved filing of the case against them.

DIG Mizan was an additional commissioner of the Dhaka Metropolitan Police (DMP).

He was withdrawn on January 9 last year following the allegation of threatening a female news presenter of a private television channel.

He also had reportedly married a woman forcibly and tortured her. Mizan allegedly picked the 25-year-old woman up in July, 2017 and then forcibly married her. He had also implicated her in a false case whereby she was arrested and remained in jail for three weeks.

On July 28, the ACC arrested Partha from his residence in Dhaka’s Green Road area after being quizzed by the anti-graft watchdog.

ACC Director Mohammad Yousuf quizzed Partha over allegations that he committed irregularities and corruption as DIG (prisons) of Chattogram division.

The interrogation continued at the ACC headquarters for about four hours. After interrogation, an ACC team accompanied by Partha went to his Green Road residence and recovered Tk 80 lakh from his residence on the same day.

They later detained him, and showed him arrested after the case was filed.

On August 1, the Home Ministry suspended Partha Gopal Banik, who is now in jail on charges of corruption and other irregularities.

Sohel was going to his hometown in Mymensingh by train from Chattogram.

Two cases were filed over the incident -- one for money laundering and the other for carrying drugs.

At that time, Partha was DIG (prisons) of Chattogram division, and Prasanta Gopal Banik was senior jail super of Chattogram Central Jail.

An investigation launched by the prison authorities found that a section of Chattogram prison officials, including Paratha, were involved in the incident.