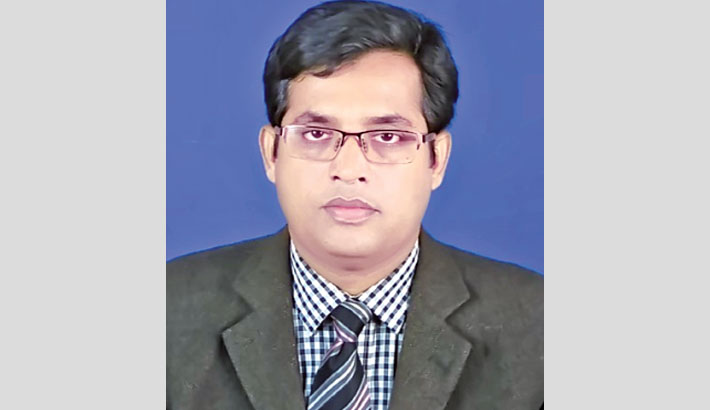 We are at the age of saying goodbye to 2019 and welcome 2020 as a new year. There were several instances that would make us remember 2019 as the country attained a number of milestones during this year. Most importantly, Bangladesh entered the list of developing countries this year. We have attained a steady GDP growth rate this year with a very sturdy flow of foreign remittances. We have experienced the government’s crackdown on the wrongdoers and corruption as well as AL’s political reforms. At the same time, we have experienced a number of incidents like the brutal killing of Nusrat, Rifat, Abrar and some others. These incidents have created a feeling of shame and anxiety among the countrymen. Of course, the government deserves appreciation for taking strong actions against the offenders in all three cases.

There are some failures as well. Bangladesh cricket team could not meet our expectation in the World Cup cricket. Shakib-Al-Hasan, the number one all-rounder of the world cricket, has been suspended for two years in all forms of cricket this year. Stories of involvement of cricket organizers in Casino came out in the brought daylight. One of them has been arrested while the others have managed to escape. Unfortunately, we have failed to see any positive achievements in the context of our higher education. Instead, we have heard different stories of corruption against many of the Vice-Chancellors and Pro-Vice Chancellors of public universities that have frustrated us. Despite having some negative issues, the year 2019 has passed leaving some of the memorable moments for us to cheer with.

As regards the political environment, I expect a non-violent political environment this year. Although it seems that the political opposition has become weak in the last 11 years, there is an apprehension that the political environment may become violent as the New Year comes with the election in both the City Corporations in Dhaka. I welcome the opposition political party-BNP for their decision to join the election. At the same time, I am interested to observe the government’s strategy to deal with the Dhaka South and North City Corporation elections. We have already started feeling the heat in the political environment centring the decision of the Election Commission to use Electronic Voting Machines (EVM) in both the City Corporations. The Election Commission has failed to take a unanimous decision in this regard as one of the election commissioners has expressed his strong discontent in this regard. The ruling party-AL has expressed their agreement to go with the EVM while the BNP has expressed their reservation. Therefore, it is our expectation that the EC should sit with the major political parties and reach an agreement in this regard. Use of EVM during the election is a crying need of the time. But, we should also consider the level of preparedness of the EC and the capacity of our voters to use the EVM. Considering all these issues, the EC should take a decision that would satisfy both the parties. Hence, we expect that the people of Bangladesh do not experience any political conflict in the New Year.

The country has attained a mammoth economic development for the last few years which has been reflected through the steady growth rate of GDP and the implementation of giant projects like Padma Bridge. But, one of the issues of concern in this regard is that the government has yet to create an investment-friendly economic environment in the country. Investment has a strong relationship with the creation of job opportunities. Due to lack of enough job opportunities, several hundred thousand educated young people have become jobless which is a negative indicator of our economy. The government’s strategy to deal with the higher education sector is also responsible for this problem as higher educational institutions are producing several thousand more graduates each year as compared to the number of jobs.

The cumulative number of jobless graduates is affecting the growth of the country negatively. The government could capitalize the benefits of having two-third young people in the country, which a country experiences in every fifty years, through making them skilled for sending aboard. There is a wide demand for skilled manpower in the world market. Thus, if we could send skilled manpower abroad they would send more remittance in the country. In order to make it happen, the government would require changing its policy towards higher education. Instead of establishing universities in each district the government should strengthen the foundation of vocational training centres across the country in order to motivate young people to go there for enhancing their skills. I expect that the government would take this issue seriously in the New Year.

The higher educational institutions, particularly, highest executive authorities of different public universities have been vehemently criticized for their alleged involvement in corruption, nepotism, and favouritism. Their activities have also placed the government in a precarious situation at different times. Despite that, the government machinery has yet to respond to this issue. We know that they are required to consider the impact of such decisions from different perspectives. But, at the same, they should not allow these people to their offices. Therefore, it is the expectation that the government would make an assessment of the performance of the executive authorities of different public universities and take strong action against those who would found having involvement in corruption. We also expect that they would consider choosing prominent academicians for these positions who would be able to enhance the quality of education in the country.

In the later part of 2019, the government carried out a cleansing operation against corruption.  Unfortunately, the rhythm of the operation becomes weaker over a period of two months. I expect that the government would consider extending these operations beyond Casino as corruption has become institutionalized in different sectors in the country which is pulling the country's development backwards. Despite sincere efforts of the Prime Minister we are yet to make positive improvements in the governance indicators. Corruption is one of the prime reasons for weak performance in governance. Therefore, the government should continue its crackdown on corruption at all levels in the New Year.

Law and order situation is another area where the government should pay immediate attention to the New Year. We have witnessed some brutal killings all over the country last year. In most cases, these incidents have hurt the conscience of the countrymen. These incidents have brought the government’s law enforcing agency’s performance under question mark? In some of the cases, the law enforcing agency has helped the offenders in getting an escape. The intervention of Prime Minister has compelled the law enforcement agencies to work seriously in some incidents which resulted in the punishment of the perpetrators. Even the Prime Minister had to intervene in most of the cases where the ministers failed to perform. This is not a good emblem for the performance of the government. Thus, it is our expectation that the government along with all of its administrative machinery would work sincerely in a coordinated manner for the betterment of the country.

Finally, we all know that the country is going to observe Bangabandhu’s Birth Centenary in 2020. Therefore, we expect a political violence-free 2020 where all political parties reach an agreement to work together to take Bangladesh ahead showing respect to the contribution of Bangabandhu in the emergence and the formation of Bangladesh. Political violence does not bring any positive change in the country. Rather, it pushes the country backwards. In order to reach a consensus, both the ruling and the opposition party should work together. We all should remember that the country attained its independence through the sacrifice of millions of martyrs. Showing respect to their sacrifice we all should work together in the New Year to take Bangladesh in the next stage of development.