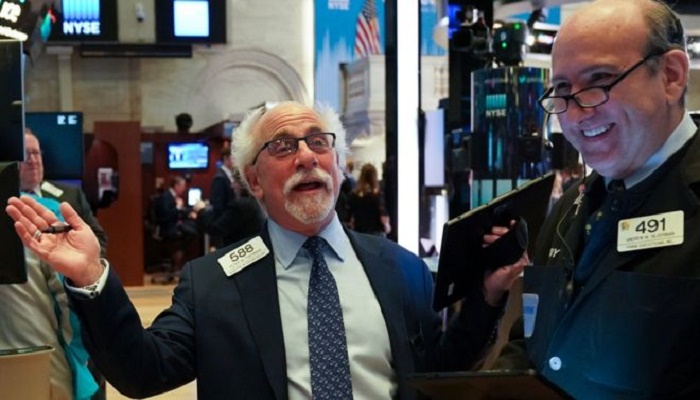 Some big European and Asian markets saw even larger rises in 2019, while the main US indexes were all on track to end sharply higher on the year.

It was a welcome return to form after 2018, in which many global markets suffered their worst year in a decade.

As the year ended, there were signs that the tit-for-tat trade battle between the US and China could be easing.

US President Donald Trump said he would sign a "very large and comprehensive" bilateral "Phase One" deal to avert a new round of tariffs on 15 January.

Hong Kong had a rough time economically in 2019 as months of anti-government protests took their toll, pushing the territory into recession.

The European economy had a mixed year, but was cheered in November by news that the eurozone's biggest economy, Germany, had narrowly avoided recession. Frankfurt's Dax index notched up gains of 25% during 2019.

And in the UK, Prime Minister Boris Johnson's election victory earlier in December confirmed that the UK would leave the EU on 31 January.