India cold wave: Delhi reels from coldest day in more than a century 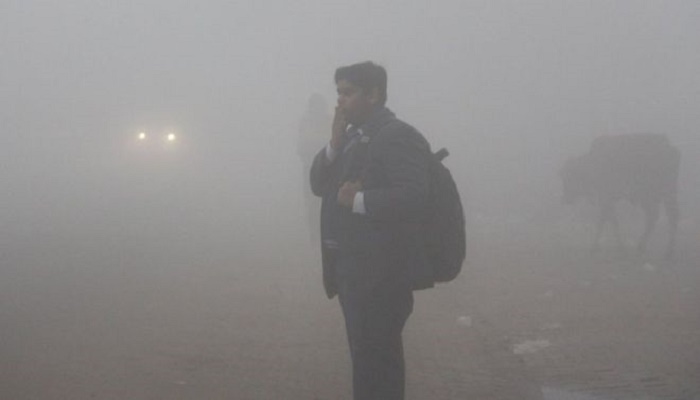 India's capital Delhi has recorded its chilliest day in more than a century amid a severe cold wave across the northern part of the country, reports BBC.

Thick fog blanketed the city on Monday as the maximum day temperature dropped to 9.4C, and pollution levels peaked.

It was the coldest day in Delhi since records began in 1901. The previous low was 9.8C on 2 January 2013, according to meteorological officials.

Maximum day temperatures in large parts of the north dipped 10C below normal.

Delhi's nearly 200 night shelters have been filling up as the city's homeless seek refuge from the biting cold - the minimum temperature has remained between 1C and 3C over the past few days.

Demand for space heaters goes up ahead of the winter months, when retailers begin to offer discounts.

But the millions of poorer Indians who cannot afford them end up relying on old-fashioned methods for keeping warm at home - such as hot water bottles and thick blankets.

The cold weather has also thrown holiday plans into chaos as 30 trains and more than 450 flights to and from Delhi were delayed on Monday due to low visibility. Several flights were also cancelled.

The city's air quality, which is typically poor in the winter, breached the severe category as the air quality index (AQI) crossed the 450 mark.