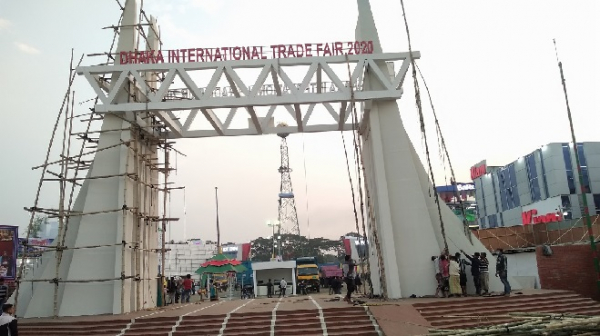 In his message, President Abdul Hamid extended his sincere greetings and congratulations to all the participants, including local and international companies, exporters and importers, and organisers.

She believed that the Dhaka International Trade Fair will play an important role in attracting domestic and foreign investment in the development perspective of the country.

At the press conference, Tipu Munshi said the authorities concerned have already completed all preparations to hold the fair on around 32 acres of land in a peaceful atmosphere. “The main gate of the fair has been decorated in resemblance of the National Monument. A model of the Padma Bridge will be placed at the main gate. Facilities have been increased for both the domestic and foreign participants and visitors,” he said.

He informed that the number of stalls has been reduced this year compared to last year. This year a total of 483 stalls and pavilions, including 112 pavilions, 128 mini pavilions and 243 stalls are being set up on the fair venue, he added.

He said adequate measures have been taken by the police to ensure safety and security of the local and foreign visitors.

He informed that traders from over 21 countries, including India, Bhutan, Pakistan, China, the United States, the United Kingdom, Nepal, Japan, Australia, Germany, Hong Kong and Arab Emirates will participate in the fair.