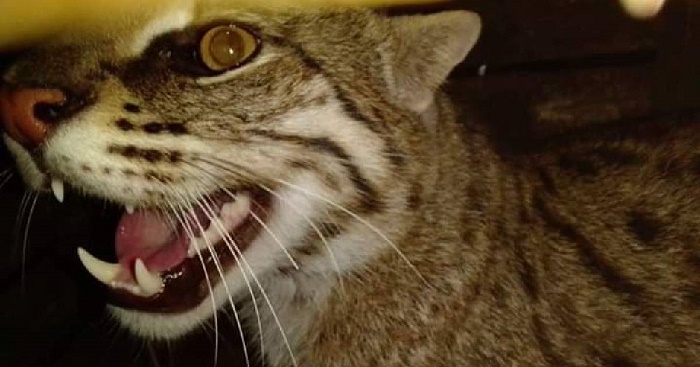 A rare fishing cat, locally known as ‘mechho bagh’, was trapped and captured at Shialjuri village of Sadar upazila in Magura on Sunday night.

Police rescued the cat from an orchard near the Nabaganga River in Gopalgram union.

Subir Das, a local, said villagers set up a trap after their chicken and ducks had gone missing over the last several days. The fishing cat was eventually caught in the trap.

Fishing cats are sometimes captured in various parts of Bangladesh. The lucky ones are rescued but at times, they are beaten to death.