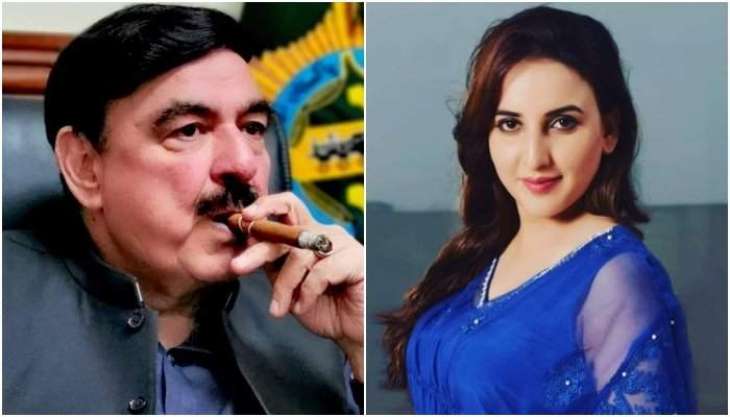 Pakistani social media celebrity Hareem Shah on Thursday shared footage of a call with Federal Minister for Railways Sheikh Rasheed on her Twitter account in which she accused him of sending her inappropriate videos.

In the video, Hareem can be heard talking with the federal minister on video call, saying, “Have I ever revealed anything of yours till now? Then why don’t you talk to me anymore?”

“Do whatever you want,” Rasheed can be heard responding to her.

Hareem can then be heard saying, “What do you mean…What about all those naked videos you used to send me have you forgotten about them.”

The tweet was subsequently deleted by Hareem who also posted a video message on her twitter account stating that she did not intend to defame anyone.

The incident triggered an intense debate among twitter users in the country with many users claiming that case would be viewed differently had a female minister been involved instead of Sheikh Rasheed.

This is not the first time that the railways minister’s acquaintance with the social media star came into spotlight as earlier this year a selfie of the pair also went viral.