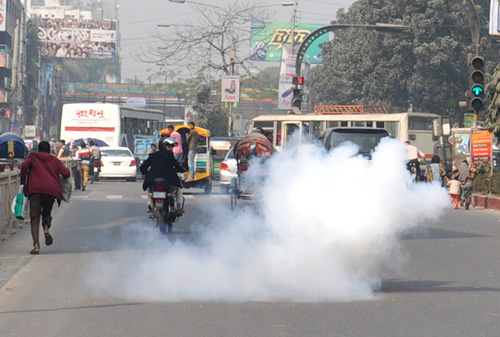 A crude bomb went off in front of BNP’s central office at Nayapaltan in the city on Sunday.

He said they were trying to identify those involved in the incident watching the footage of CCTV cameras.

BNP secretary general Mirza Fakhrul Islam Alamgir went to the BNP office around 1:10pm where party leaders are interviewing its aspirants for councillor posts in the two city polls.

Talking to reporters, he said the government is carrying out such incidents to destroy the city election atmosphere. “They’ll now try to file cases against BNP leaders and activists with a political motive. We condemn the incident.”

Huge law enforcers took position in front of the BNP office and its adjoining areas following the incident.

Earlier on Friday, miscreants blasted a crude bomb in front of the BNP office.