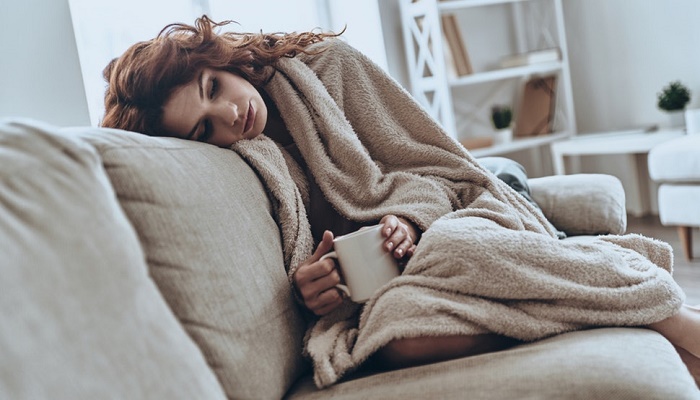 Do you feel exceptionally lazy in the winter months, wherein you just want to crawl under a blanket and hibernate?

Well, science says there is nothing wrong with you, and you have not suddenly become lazy, reports The Indian Express.

This lethargy has got to do with the weather, and weather you do no control. Wonder what winter laziness is all about?

In winters, the days are shorter, and in colder areas, the sun is hardly ever visible. Sunlight is directly linked to your productivity and levels of happiness. In the absence of sunlight, your internal clock, or the circadian rhythm gets affected, resulting in changes in the levels of serotonin — the happy hormone that is responsible for a person’s well-being.

Experts say that these changes give out all kinds of symptoms including low energy, lack of interest in activities that you would have otherwise enjoyed, sluggishness, and an urge to hibernate.

When you sit down to write your resolutions for the coming year, keep in mind that January is actually a buzzkill, because of the severe dip in temperature across the northern hemisphere.

It is, therefore, also considered to be the least-productive month.

For most people, the continuously-dropping levels of serotonin is detrimental, because it makes them feel irate, yucky and tremendously lazy.

But, winter laziness is not the only takeaway. Sometimes, the drop in happy hormones may cause serious conditions like seasonal affective disorder (SAD).

A person with SAD may show symptoms that may be mistaken for laziness, including anxiety, trouble sleeping, appetite changes, problems with concentration, feelings of depression, among others.

In order to make winters more bearable, and to get rid of the lethargy, you can try a few things, including light therapy, which is essentially exposing yourself to a light-box.

The device can be found online. According to a study conducted in the year 1998, published in the journal Psychological Medicine, light therapy helped 70 per cent of patients increase their levels of happiness in just a few weeks.

Additionally, you can give in to this lethargy and sleep, so as to feel energised. Winters, more than summers, can make you feel especially groggy in the mornings. This can also alter your mood. Try to clock in at least seven hours every night.

Remind yourself that winter laziness is only a phase that you have no control over. As such, don’t be hard on yourself. Take it slow, take it light, find a hobby, and try stepping out every now and then, especially on a particularly-sunny day.