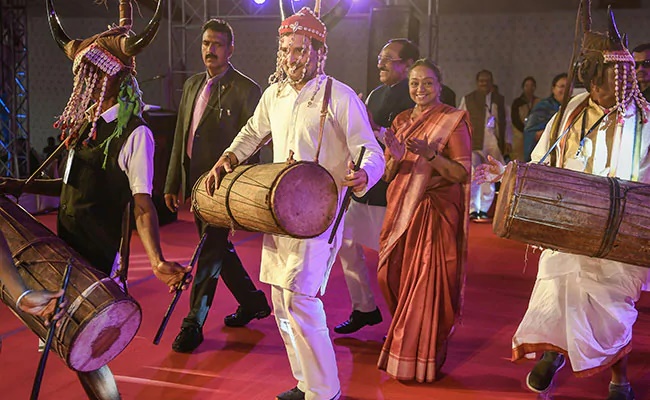 During the inauguration of Rashtriya Adivasi Nritya Mahotsav, Congress leader Rahul Gandhi was seen dancing with the tribals at the event.

Rahul Gandhi took to Twitter and said, "This is unique festival, it is an important step towards showcasing & protecting our rich tribal cultural heritage." Looks like every dancer needs to draw inspiration and learn a step or two.

The National Tribal Dance Festival is being organised in Chhattisgarh for the first time. Over 1,200 artists from 25 states and Union territory will participate in the festival.

In the event, artists from six countries, including Uganda, Sri Lanka, Belarus, Thailand, Maldives and Bangladesh, will be participating.