67 ft Christmas tree in Mumbai is powered by Alexa 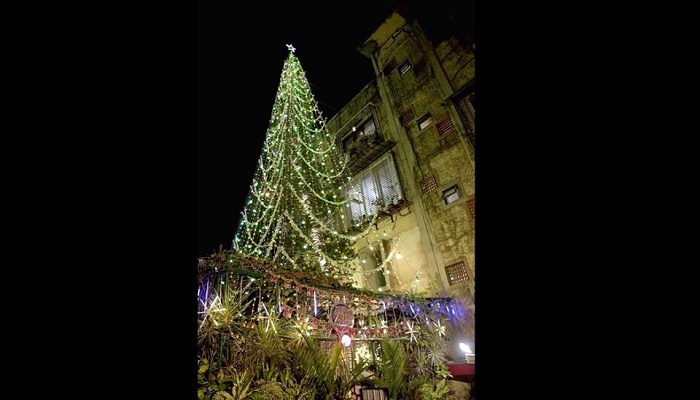 Douglas Saldanha, a landscape architect from Mumbai’s Worli, in memory of his late sister Twila, decorated a 67-feet Christmas tree with over 50,000 lights, out of which 192 smart lights can be voice-controlled with Alexa, reports IANS.

The setup is made magical by Alexa, a voice assistant that comes with Amazon Echo smart speakers.

Visitors on a mere command to Alexa can change the colour of these smart lights to match their favourite, example “Alexa, change magic tree to pink”.

Douglas’s garden at Adarsh Nagar, Worli is open to public till January 6 next year. He has even arranged for a photo booth for those who want to click a picture with the Alexa powered Christmas tree.

He is also organising three parties, one that was just held on December for 145 underprivileged kids where he got eminent political leaders to gift educational accessories like school bags with exercise books and compass boxes.

On the December 28, Douglas is hosting a children’s Christmas party and on January 2 a New Year’s party for senior citizens of his colony.