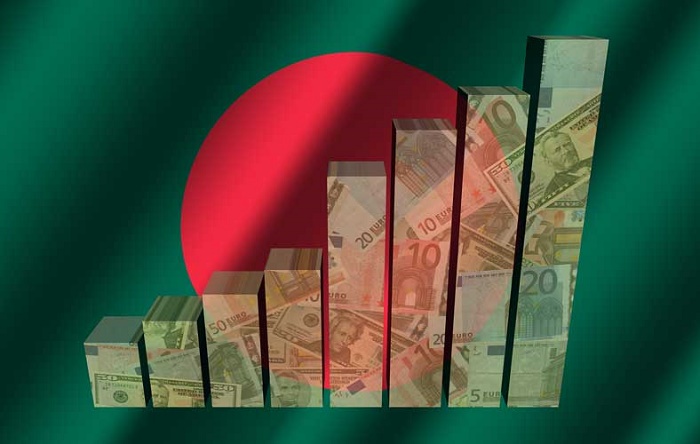 The country witnessed a mixed economic performance in the outgoing calendar year 2019 with many success stories partly dented by some failures.

The success stories include impressive GDP growth, per-capita income, macroeconomic stability, fall in poverty rate, better exports, remittance and most importantly, policy continuation with the continuation of the government.

The poverty rate declined to 20.5 per cent in 2019, which was 21.8 per cent one year ago, according to the latest data of the Bangladesh Bureau of Statistics (BBS).

Meanwhile, the economy has gone through an economic transformation as traditional agricultural sector’s contribution to GDP fell while greater contribution came from the industrial sector.

Private investment to GDP ratio also increased to 23.54 per cent while the public investment ratio to GDP stood at 8.03 per cent.

Export earnings in FY19 grew by 10.55 per cent year-on-year to $40.53 billion riding on a high volume of garment shipment in a favourable external business environment.

Garment export earnings, which accounted for over 84 per cent of the national exports, amounted to $34.13 billion, registering an 11.49 per cent year-on-year growth.

Strengthening supervision and monitoring by the central bank to check illegal ‘hundi’ transaction contributed to the increased flow of remittances alongside the weakening of taka against the greenback.

In 2019, scams in expenditure of some important development projects like Rooppur nuclear power plant drew huge flaks, which overshadowed the government’s success in development.

Putting a ban on onion exports by India coupled with market oversight failure of the commerce ministry shoot up onion price to as high as Tk 300 per kg, putting huge pressure on the public wallet.

Despite high growth, growing social inequality is also a major concern for the economy as wealth is being amassed among a handful of people.