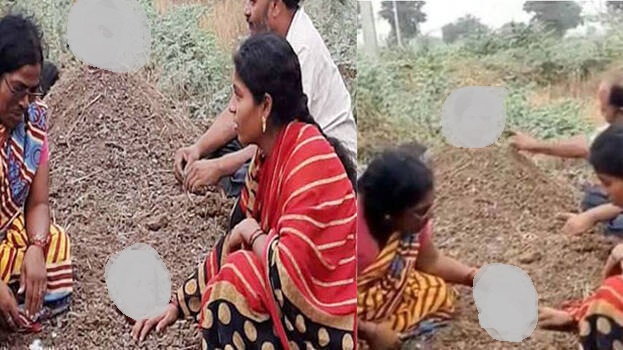 The children looked far too young to understand why they had been planted in the ground while grown-ups sat around smiling.

It all seemed to be too much for one of them -- a tiny face emerging from the soil and straw, straining eyes, nose and cheeks in full-throated despair.

While India ooh-ed and aah-ed at Thursday’s solar eclipse, three physically handicapped children were buried this way near the city of Kalaburagi, Karnataka, in the hope that they would be cured.

Myths surrounding eclipses include -- and are not limited to -- restrictions on eating and on what pregnant women can do. In fact, some people ate breakfast today in front of Bengaluru's Town Hall to make the public aware that life doesn't have to stop during an eclipse.

In the Kalaburagi incident, acting on a superstition turned out to be costly for the parents: a case was reportedly filed against them.

A tehsildar is said to have rushed to the spot to rescue the children.

India Today TV was unable to reach the police for comment.