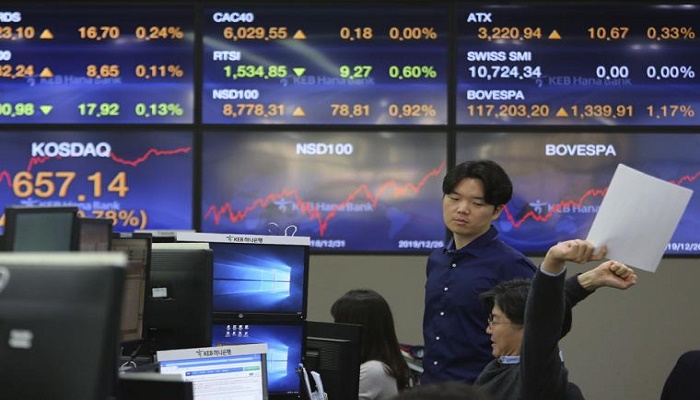 Investors welcomed US President Donald Trump's comment that an interim "Phase 1" trade deal was "getting done." Trump said he and Chinese President Xi Jinping would hold a signing ceremony.

Markets have been encouraged by positive comments about the agreement, though details have yet to be released.

Chinese customs data this week showed November soybean imports rose in a possible boost to American farmers. Midwestern farm states were battered by Beijing's earlier suspension of purchases of US soybeans, the biggest Chinese import from the United States, in response to Trump's tariff hikes in a fight over China's technology ambitions and trade surplus.

Investors welcomed a report by Mastercard Spending Pulse that showed US online Christmas shopping rose 18.8% over a year earlier.

Despite optimism about a US-Chinese trade truce, traders still are concerned about bigger unresolved disputes.

The coming year also has the added complication of the US presidential election.