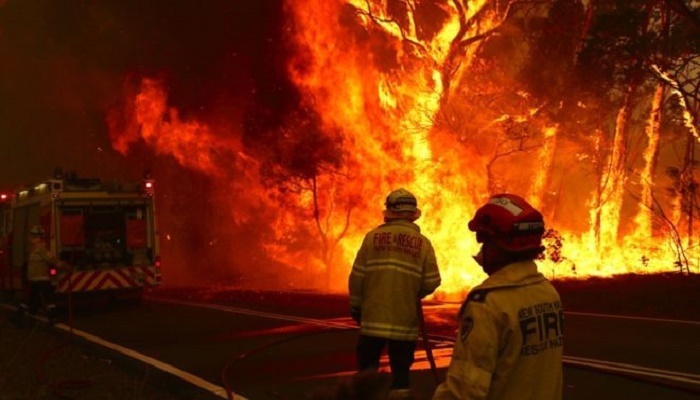 A heatwave forecast to sweep across Australia in coming days could escalate conditions for the nation's bushfires, authorities fear.

Temperatures are set to hit over 40C (104F) from Friday in several bushfire-affected states including New South Wales, South Australia and Victoria.

There are more than 100 fires burning, with the largest to the west of Sydney.

The surge of heat is due to return just a week after Australia recorded its two hottest days on record, consecutively. On 19 December, the national average maximum hit an all-time high of 41.9C (107.4F).

Prime Minister Scott Morrison has consistently rebuffed suggestions of payments to volunteers. Instead, on Tuesday, he announced an extended paid leave entitlement for public servants who went to fight the fires.