Will stand up firmly to restore voting rights: Dr Kamal 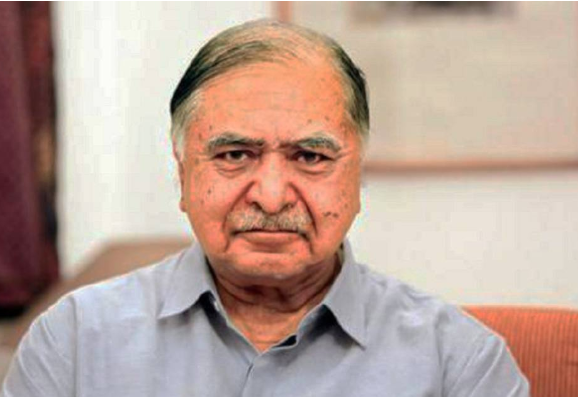 Jatiya Oikya Front Convener Dr Kamal Hossain on Thursday said they will take to the streets uncompromisingly to ‘restore’ democracy and people’s voting rights by strengthening their unity further.

“We all decided today (Thursday) that we’ll consolidate our unity further to realise our voting rights and make the elections meaningful,” he said.

Talking to reporters after an emergency meeting of Oikyafront’s steering committee at his Motijheel chamber, Dr Kamal also said they want to ‘restore’ people’s ownership of the country so that they can exercise their voting right and enjoy other rights.

“We’ll make our unity stronger so that people can play their role as the owners of the country. On the basis of that unity, we’ll stand up together uncompromisingly, and keep our unity intact,” he added.

He said the programme will be held in front of the Jatiya Presses Club at 2pm.

Asked whether they have sought permission from police for the programme, Rob said it is not necessary to take permission for holding a programme in front of the Jatiya Press Club.

Nagorik Oikya convener Mahmudur Rahman Manna said they have worked out the demonstration programme for December 29 as the ‘vote robbery’ took place on that day last year.

He warned that they will announce similar programme for two more days if the government obstructs their demonstration on December 29.

On Sunday, BNP announced to hold protest rallies across the country, including the capital, on December 30 to observe what it says ‘democracy-killing day’, marking the first anniversary of the 11th parliamentary election.

Besides, the party leaders and activists all over the country will wear black badges while black flags will be hoisted atop all of its party offices, including Nayapaltan central one, the same day to register the party’s protest against the December-30 national election held last year.

BNP along with Gonoforum and some other parties joined the national election in alliance under the banner of Jatiya Oikyafront. BNP bagged six seats while Gonoforum two in the election.

The party and its alliances turned down the election results bringing the allegation of various irregularities, including ‘massive vote robbery and nighttime ballot stuffing’.

They have also been demanding reelection, annulling the December-30 voting since the announcement of the results.

Only BNP secretary general Mirza Fakhrul Islam Alamgir, who was elected MP from Bogura-six seat, did not take oath of office.