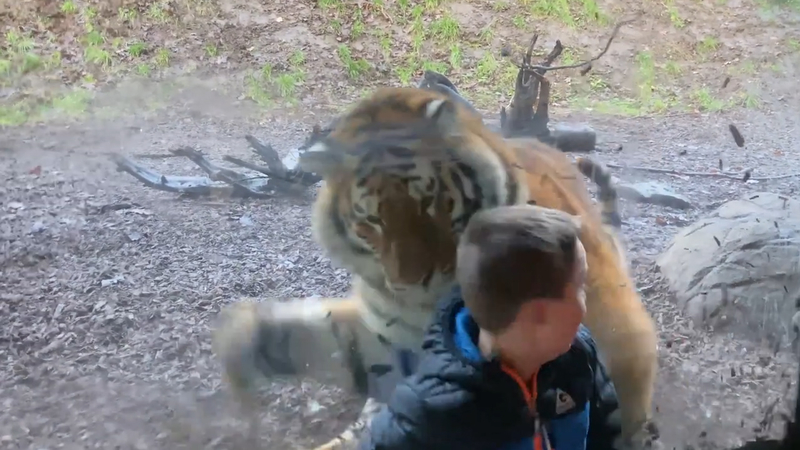 Going to the zoo to see wild animals in real life may be quite fascinating for most children. However, one Irish boy experienced a lot more than he had bargained for, seeing a big Siberian tiger in action. Thanks to reinforced glass, the little boy was spared when the hungry wildcat pounded on him with full might. The jaw-dropping incident was captured on camera and now the clip is going viral.

Dad Rob Costelloe shared the amazing yet terrifying clip on Twitter over the family’s recent experience and it has been going viral ever since, garnering over 2 million views on the original video alone.

“My son was on the menu in Dublin Zoo today #raar,” the father of the seven-year-old Sean wrote online while sharing the video.

The scary clip shows the big wildcat spotting the little boy standing by the glass near the boundary of the enclosure at the Dublin Zoo, and stopping for a bit to gain some momentum. Then within a few seconds, the tiger lunges in full attack mode only to be stopped by the glass, while people are heard laughing in the background.

Even though the boy moved away from the glass following the tiger’s prowl, the animal is still seen scratching the glass hard baffled as to what had happened.

Although the father claimed the tiger’s predatory behaviour “didn’t particularly faze him”, many online were concerned by the clip. The dad replied to many concerned that this is the second time it happened to the child.