Quick delivery of justice, a 2019 highlight 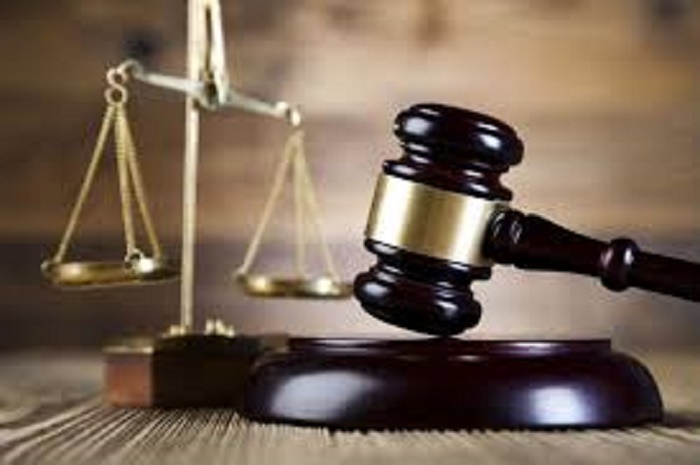 The outgoing year — 2019 — will be remembered as the year which fulfilled a long awaited yearning by those seeking judicial redress with quick delivery of justice highlighted by the verdicts in sensational murder cases like that of madrasa student Nusrat Jahan Rafi.

“Justice delayed is justice denied” is a legal maxim, meaning that if legal redress is not available to a party that has suffered in one way or the other quickly, then getting real justice became difficult either because witnesses are difficult to find or evidences are lost.

Many cases remained pending for years due to delays in investigation, frequent adjournment of trial, non-appearance of prosecution witness and other reasons.

However, the year 2019 vindicates success of judiciary in settling sensational cases not only the “Nusrat murder case,” but also the “Seven murder case” of Narayandganj and the “Holy Artisan attack case” by militants.

All the 16 accused, including a madrasa principal, in the sensational Nusrat Jahan Rafi murder case were sentenced to death in a speedy trial which is a landmark in the country’s history.

Judge Mamunur Rashed of Feni Women and Child Repression Prevention Tribunal pronounced the verdict on October 24 six months within the killing. The convicts were fined Tk1 lakh each. During the delivery of the verdict, all the convicts were present in the dock. Some of them broke into tears and cursed the state counsel and the plaintiff for their death sentences.

Nusrat Jahan Rafi, a student of Sonagazi Islamia Senior Fazil Madrasa in Feni, was burned to death by setting her on fire on April 6 this year for refusing to withdraw a case filed against the madrasa principal on charges of harassing her sexually.

Former Officer-in-Charge of Sonagazi Police Station Moazzem Hossain was sentenced to eight years in prison on November 28 for recording and circulating a video clip of the madrasa student, Nusrat.

The Cyber Tribunal in Dhaka handed down the verdict in the presence of the lone accused amid tight security. The convict was also fined Tk10 lakh, in default of which he will have to serve six months more in jail. The court, however, said the fine will be handed over to Nusrat’s family.

The court also said, “Moazzem was an OC of a police station and he was holding a very responsible office while a vulnerable young girl only of 18 had to be the victim of the offences committed by the OC.”

The offences were committed when the girl went to the OC for legal help against her sexual assault by her principal. So, he should be given a severe punishment, the court said.

But Moazzem’s lawyer Faruk Ahmed said they were denied justice and will appeal to the higher court against the verdict.

Moazzem was seen in tears while defending himself before the court on November 14, saying that his family is ashamed of him being charged in the case.

Four convicts of the Narayanganj seven murder case filed separate appeals with the Appellate Division of the Supreme Court on March 3, challenging the High Court order which confirmed their capital punishment.

The HC on August 2017 upheld the death penalty of 15 persons, including the four petitioners, for their involvement in conspiracy, abduction and murder.

The court also commuted the capital punishment of 11 others to life imprisonment. It fined them Tk20,000 each, in default of which they have to spend two more years in prison.

On January 2017, Narayanganj District and Sessions Judges Court sentenced 26 persons to death and nine others to different terms in jail in connection with the case.

Narayanganj City Corporation councillor Nazrul Islam along with his three companions and driver were kidnapped by a team of Rab-11 on April 27 in 2014. After a few days, seven bodies were found floating in the Shitalakkhya river. Two cases were filed in this connection—one by Nazrul’s family and the other by Chandan’s family.

The High Court in a landmark verdict released on July 1 granted status of a ‘legal person’ to all rivers across the country to save them from encroachment and pollution as many of this deltaic country’s waterways were lost over the years to mainly grabbers.

In its verdict, the court issued 17 directives which include ban on contesting any election and taking any loan by river grabbers.

Now, any offence against the country’s 450 rivers would be tantamount to an offence against a human being, legal experts said as the environmentalists rejoiced with the hope that all rivers facing encroachment would be restored to their original form.

Earlier on January 30, 2019, the High Court granted status of a ‘legal person’ to all rivers across the country to save them from encroachment and other injustice.

The above order came following a writ petition filed by Human Rights and Peace for Bangladesh (HRPB) on November 9, 2016.

A Dhaka court on November 27 sentenced 7 militants of the banned Jamaat-ul-Mujahideen Bangladesh (JMB) to death in a case of the brutal militant attack at the Holey Artisan Bakery in the capital’s up-market Gulshan area that left 22 people killed in 2016.

The court, however, acquitted Mizanur Rahman, alias Boro Mizan, from the charges under section 6 (2) (a) of Anti-Terrorism Act 2009 as the prosecution could not prove the charges against him.

He along with the activists of Jamaat’s former student wing Chhatra Sangha and the occupation Pakistan army attacked the villages around Jharhuar Beel on April 17, 1971.

They torched and looted houses and killed over 1,200 Hindus. Another 200 Hindus were detained and later killed at an undisclosed location. The incident is said to be the single biggest act of genocide in the war.

On December 30, 2014, the International Crimes Tribunal (ICT) sentenced Azharul Islam to death for committing murders, rapes and genocide in 1971.

The Supreme Court on December 3 fixed January 14 for delivering its verdict on an appeal filed by the death row war crimes convict and former Jatiya Party minister Syed Mohammad Qaisar.

The 78-year-old, Qaisar, is now in jail following the death sentence awarded by the International Crimes Tribunal (ICT) for his involvement in wartime crimes in 1971.

The ICT, on December 23, 2014, sentenced Qaisar to death for committing crimes in Habiganj and Brahmanbaria.

Hailing from Itakhola village at Madhabpur in Habiganj, Qaisar joined the Convention Muslim League in 1962 and was elected a member of Sylhet District Board in 1966.

He joined BNP and became the president of BNP Habiganj unit, and then joint secretary general of BNP [Shah Azizur Rahman group] in 1982.

He joined Jatiya Party and was elected lawmaker from Habiganj-4 in 1986 and 1988. Later, he became state minister for agriculture of HM Ersahd’s government.

The High Court on February 3 ordered release of Jaha Alam from jail in a bank loan scam case. The following day, he was released from Kashimpur Central Jail-2 in Gazipur.

The High Court passed a suo moto order on the basis of a newspaper report.

The confinement of Jaha Alam came to the notice of National Human Rights Commission (NHRC) that recommended ACC to take steps for his release.

The jute mill worker was put behind bars since February 2016, but real culprit Abu Salek is still absconding.

Apart from ordering the release of Jaha Alam, the High Court reprimanded the ACC for making an innocent person scapegoat in the cases. It directed ACC to investigate the matter and find officials responsible for the incident.

Initially, ACC rejected the allegation, but it submitted a report to the High Court on July 11, admitting that lack of coordination resulted in confinement of innocent Jaha Alam in 33 cases filed over embezzlement of money.

Terming implication and confinement of Jaha Alam, a jute mill worker, in the cases unfortunate, ACC underscored the need for detecting the perpetrators of the incident and punishing them.

The Supreme Court on December 12 rejected bail petition filed by BNP chief Khaleda Zia in Zia Charitable Trust graft case in which she is facing seven years of imprisonment.

It rejected Khaleda Zia’s appeal against the High Court order that dismissed her bail petition.

As BNP chief prayed for bail on health ground, the apex court scrutinized a medical report submitted by Bangabandhu Sheikh Mujib Medical University (BSMMU) in this regard.

BSMMU report says Khaleda Zia’s health condition is not that much critical but she needs better treatment for some ailments. She needs some vaccines which cannot be pushed right now for possible side effects, the report added.

While rejecting bail, the Supreme Court directed the jail authorities to swiftly take measures for “advanced treatment” of Khaleda Zia as per recommendations of the BSMMU medical board if BNP chief agrees to receive such treatment.

Coming out of the courtroom, BNP chief’s lawyers alleged that she is deprived of justice.

They also said the government does not like Khaleda to be released although she needs better treatment abroad.

Earlier on December 5, pro-opposition lawyers committed mayhem in the Appellate Division as the judges decided to defer the bail hearing till December 12. At one stage of chaos, Chief Justice Syed Mahmud Hossain and other judges left the courtroom. The Chief Justice became furious about the behaviour of the lawyers involved and condemned their misdemeanor.

As the pro-BNP lawyers again sought to raise the bail issue, Syed Mahmud Hossain intervened. He said, “We won’t listen to anything else right now. There should be a limit to everything. This is unprecedented. I’ve never seen such a situation in court before.”

BNP chairperson, who is facing over 30 cases for corruption and criminal charges, is in jail since February 8 last year following her conviction in Zia orphanage trust graft case.