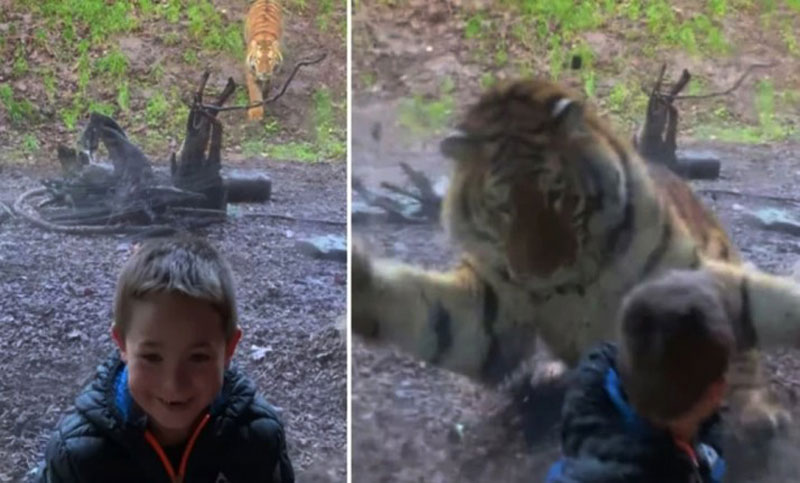 What begins as a normal video of a father capturing his son on camera at a zoo in Ireland quickly turns into a demonstration of why the tiger is one of the fiercest predators walking the Earth.

In the video, shot at Dublin Zoo, a tiger separated from visitors through a glass enclosure, can be seen charging towards a little boy only to be stopped by the glass pane.

The boy's father, who goes by the name of RobC on Twitter, shared the terrifying clip on December 23 on the social media platform. "My son was on the menu in Dublin Zoo today," he wrote.

As the boy poses besides the glass, the tiger slowly approaches him. However, he pauses when the boy looks behind. As soon as the boy starts posing again, the tiger runs towards him and gets hit by the window wall.

Noticing the tiger's stance, Rob can be heard in the video asking his son, Sean, to stay and continue posing for the camera.