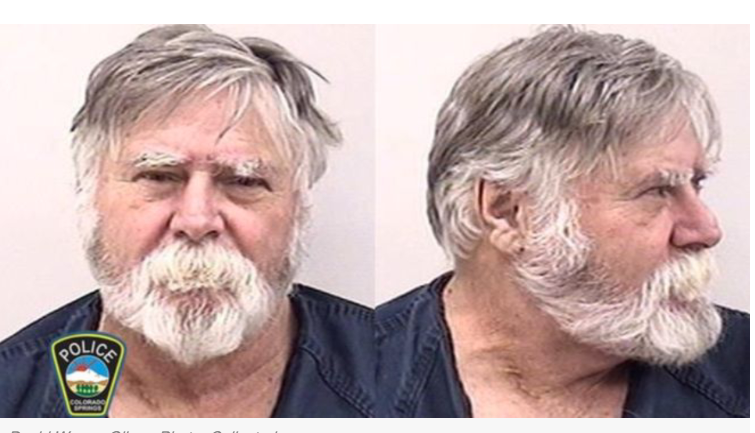 A man was arrested in Colorado Springs on Monday after he robbed a bank and threw money in the air, shouting ‘Merry Christmas’.

The 65-year-old Colorado man walked to the coffee shop next door where he “sat down and waited for the cops,” witness Dion Pascale told KKTV, reports AP.

Colorado Springs police named the suspect as David Wayne Oliver, according to BBC. He is not believed to have had any little helpers.

Colorado Springs Police spokesman Sgt Jim Jeffcoat did not confirm whether the suspect threw money into the air or whether he said “Merry Christmas,” The Denver Post reported Tuesday.

Pascale said bystanders picked up the money and gave it back to the bank teller. Sgt Jeffcoat said thousands of dollars remain missing.

Colorado Springs police say a man walked into Academy Bank just before 12:30pm Monday, claimed to have a weapon in his pocket and took cash.

Officers found no evidence that the man had a weapon.

El Paso County jail records indicate the man’s bail is set at $10,000 and is scheduled to appear in court on Thursday afternoon. It is not clear if any charges have been filed.