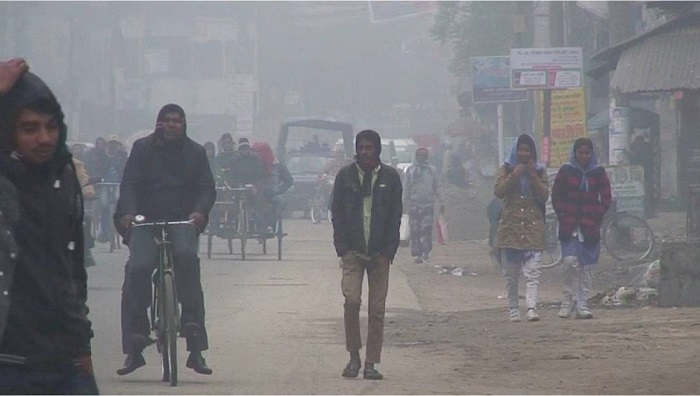 People of Tentulia in Panchagarh district are suffering severely as the northernmost town of the country is facing the lowest temperature 6.2 degree Celsius today.

The Met Office sources said the mercury levels marked sharp down by 2 to 4.8 degrees Celsius in the northern region in the last 24 hours ending at 6 pm today forcing people to remain indoors.

However, the situation marked little improvement with appearance of the sun since noon making life easier.

“We have adequate stocks of essential medicines and necessary steps have been taken to provide proper treatments to cold-related patients,” Dr. Ahmed added.

District Relief and Rehabilitation Officer (DRRO) for Rangpur ATM Akhteruzzaman said the government has so far allocated 69,650 pieces of blankets for distribution among cold-stricken people of the district.

Reports reaching here from all eights districts of Rangpur division said the situation marked little improvement since this afternoon though the normal life remained severely affected till noon.