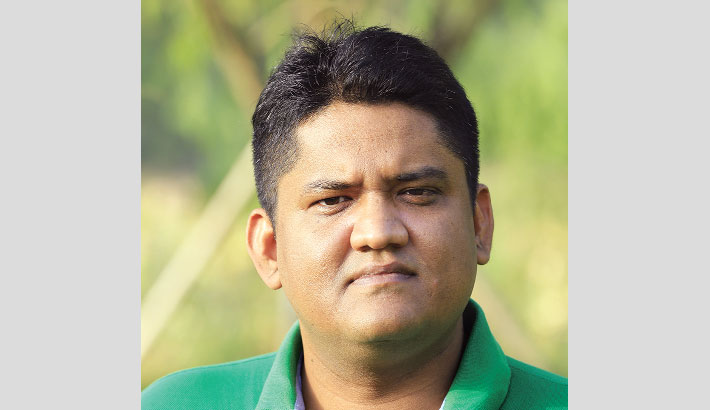 Gender equality is a fundamental and inviolable human right. The concept of gender equality refers to the effective equality between men and women, which entails the concept that all human beings, both men and women, are free to develop their abilities and make choices without the limitations set by stereotypical views, rigid gender roles, and prejudices. Gender equality means that different behaviours, aspirations, and needs of women and men are considered, valued, and favoured equally. It does not mean that women and men have to become the same but that their rights, responsibilities, and opportunities will not depend on whether they are born male or female.

According to the ‘Global Gender Gap Report 2020’ published by the World Economic Forum (WEF), Bangladesh secured the top rank among the South Asian countries and the 50th position globally for closing the gender gap. The Global Gender Gap measure was introduced by the World Economic Forum since 2006 to examine four critical areas of inequality between men and women. These are economic participation and opportunity-outcomes on salaries, participation levels and access to high-skilled employment, educational attainment-outcomes on access to primary and higher-level education, political empowerment-outcomes on representation in decision-making structures and health and survival-outcomes on life expectancy and sex ratio.

The ‘Gender Gap Index’ assesses countries on how well they are dividing their resources and opportunities among their male and female populations, regardless of the overall levels of these resources and opportunities. By providing a coherent framework for assessing and comparing global gender gaps and by revealing those countries that are role models in dividing these resources equitably between women and men, catalyzes greater awareness and the greater exchange between policymakers.

Bangladesh has closed 72.6 percent of its overall gender gap and is the only one of the seven South Asian countries studied to feature in the top 100 of the Global Gender Gap Index. The report stated: “It is the only country in the world where women have had a longer tenure than men at the helm of the state over the past 50 years.” The report further mentioned that “This contributes to the strong performance on the Political Empowerment sub-index. According to the report, in Bangladesh, there is only 8 percent of women in the cabinet and only 20 percent in parliament. In the economic sphere, as of 2018, 38 percent of adult women were part of the labour force, compared with 84 percent of men. The WEF report said, only one in 10 leadership roles are occupied by a woman (139th), and the estimated average annual income of women is 40 percent that of the men.

In Bangladesh, once girls were considered as financial burdens on their family, and from the time of birth, they receive less investment in their health, care, and education. In recent years, Bangladesh has invested heavily in education at all levels. During around 11 years in power, the Awami League government has created opportunities for Bangladeshi women in the civil service, corporate, development and entrepreneurship sectors. With the passage of time, women entrepreneurs in Bangladesh are seen as an increasing entrepreneurial population in both urban and rural areas. The government has already adopted multiple initiatives to boost up women entrepreneurial activities with the help of Bangladesh Bank and other financial organizations.

In order to enhance women’s empowerment, the number of seats reserved for women in the National Parliament has been increased by 5 and made 50. There has been a sharp increase in the number of women parliamentarians elected in the last national election. To create opportunities for women’s increased participation in politics, reserved seats for women in Union Parishad, Upazila Parishad and municipalities have been increased to one-third of the total and women are to be directly elected to those seats. More than 12,000 women were elected as public representatives in the last round of local government elections. Women’s participation in local level elections was perhaps one of the greatest milestones for Bangladesh.

At present in Bangladesh, the Prime Minister, Leader of the Opposition and Speaker of the parliament are all women. Several women among the Justices of the Supreme Court, Vice-Chancellors and Pro Vice-Chancellors of the universities, top positions of the administration, top positions of police, armed forces and UN peacekeepers, indicates improvement in women’s empowerment. Gender perspective has been integrated into peacekeeping missions too. Bangladesh is now the top contributor of female police officers to the United Nations Peacekeeping Operations as a Formed Police Unit. Bangladesh female peacekeepers have placed themselves as key driving forces to reduce gender-based violence, conflict and confrontation, providing a sense of security especially for women and children, mentoring female police officers in the local area and thus empowering women in the host country and promoting social cohesion.

The government is working relentlessly to encourage development of women. In line with government efforts, many NGOs are working in Bangladesh for empowering women. These NGOs work with a collective rather than an individual concept of empowerment. NGOs concentrate on variables like participatory decision-making, awareness building, capacity building, and increasing economic solvency to contribute to women’s empowerment.

However, oppression and discrimination of women by men still prevailed and men were seen as superior to women. Women constitute the majority of the poor and experience greater deprivation and vulnerability to poverty and socioeconomic adversity due to their low status in society. Violence against women in the form of rape, assault (domestic as well as workplace violence), trafficking, or acid throwing is prevalent throughout the country; with an estimate that nearly 2 out of 3 women in Bangladesh have experienced sexual and gender-based violence in their lives. Women have been struggling to establish their rights in family, society and in the state. Practically in the society and the implementation of the law, women are still facing discrimination, exclusion, and injustice and have negligible influence in decision-making processes.

Efforts to achieve gender equality in Bangladesh must focus on seeking improvements in both income and non-income poverty indicators for women by increasing opportunities and productive capabilities, reducing levels of income and non-income insecurity and promoting greater empowerment in the workplace, the home and community.