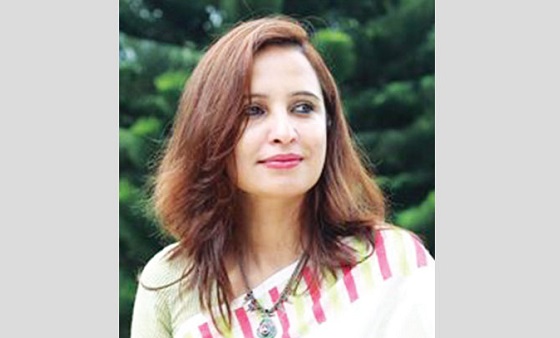 From a feminist perspective, rape is the worst kind of illegal patriarchal practice and physical violence against women. Rape and sexual violence against women is prevalent in every society, in varying degrees, Bangladesh is no exception. A study shows that in 2014 nearly 75 percent of the rape cases failed to convict the perpetrators. Research shows that 89.2 percent of urban men think if a woman doesn't physically fight back, it's not rape. Approximately 61.2 per cent of urban men who raped, did not feel guilty afterwards and 95.1 percent of rural men who raped did not experience any legal consequence and less than 2 percent of women report rape crimes.

Why 98 percent rape victims go silent about such a heinous crime? First of all, the social stigma attached to rape and its linkage with women’s chastity and honour promotes the culture of silence among the victims. The silence of the victims, in turn, encourages offenders to commit or repeat such crime - as such silence ensures the removal of the fear of being prosecuted. Therefore, breaking the culture of silence about sexual abuse and rape through reporting must be ensured by creating an atmosphere that protects victim’s dignity even in the legal proceedings.

The use of character evidence or questioning the victim of her past sexual experiences is visible almost in all rape cases in our country which promotes culture of silence and hampers access to justice of the victim. Section155 (4) of the Evidence Act, 1872 articulates that when a man is prosecuted for rape or an attempt to ravish, it may be shown that the prosecutrix was of generally immoral character. Here the prosecutrix is usually the female victim on whose behalf the State prosecutes the accused.

Section 155 (4) of the Act allows the victim's character to be considered as part of the legal proceeding in a rape case which includes her past romantic or sexual history. Questioning the past sexual behaviour of the victim is not relevant in determining whether the offence of rape has been committed or not. In a rape trial the issue of consent should be the main concern rather than focusing on the character evidence in the court. The character of a victim or her past romantic experience has nothing to do with the enormity of any offence linked with sexual violence. The rape victim is twice victimised when she is questioned to prove whether she holds virtuous character or not to be eligible for justice. This also implies that unchaste women do not need to give consent and they are allowed to be sexually abused, thus giving the perpetrator license to rape. In a rape case where the question of consent is the main issue, evidence of the unchaste character of the victim or her previous sexual behaviours with any person cannot be relevant on the question of consent or the quality of consent or to infer that her testimony or allegation was false.

In the society of Bangladesh where rape victims are often stigmatized socially and face lots of barrier to seek justice, section 155 allows the rapist to get away with his crimes if his lawyers can somehow prove that the victim had history of prior consensual sexual or romantic relations. To show the presence of consent or to discredit victim’s testimony, the accused often try to adduce evidence that proves the victim is unchaste or immoral. The offender even tries to bring up issues like dress code and life style of the victim to prove her of easy virtue. In State vs Sri Pintu Pal, (2010) the Court found that the plaintiff who was a domestic help of the accused was of easy virtue, so her dignity was low. The accusation was not believable since there was no clear evidence to put the trust of the Court on the accusation brought by the plaintiff who was of easy virtue. Hence, the accused was acquitted.

Under section 155(4) of the Evidence Act there is no legal fence to check the pattern of questioning or the abuse of adduced information. It often happens that in the court the victim has to go through offensive and indecent questions put forward by the defence lawyer, which she is ashamed to answer. Due to this fear of character assassination most of the victims do not want to continue with the legal proceedings. This also helps to shift the focus away from the accused and put the blame on the victim. Another important aspect is that adducing information about the victim’s character is detrimental and such procedures demoralize women in general. It also contributes to decreasing the perceived guilt or remorse of the offender and the risk of recommitting the same offence by the offender increases.

Most importantly this section of the Evidence Act undermines the Constitutional guarantee of non discrimination (Article 28), equality before law (Article 27), the right to protection of law (Article 31) and the right to life and liberty (Article 32), among other factors. The State is under obligation to treat man and women equally and ensure equality of everyone before law. The Constitution also prescribes that any law that is inconsistent with the fundamental rights shall be void.

We have noticed even in news papers and media how a rape victim is again and again victimized for her dress code or free life style, whereas the offender is hardly being questioned for the same. A prejudicial legal provision like section 155 further contributes to the backward and patriarchal mindset of our society. It is worth mentioning that Section 155(4) of the Indian Evidence Act contained the same provision which was ultimately repealed in 2003. Further, character evidence has been made irrelevant in cases of sexual assault in India and questions regarding the moral character of the victim or her previous sexual experience are impermissible even during the course of cross-examination.

Each and every woman deserves to live with dignity, liberty and security, and have the right not be violated or abused. Recently Bangladesh High Court has abrogated two finger tests, which is a milestone decision for rape victims. In the same manner it is expected that Section 155 (4) of the Evidence Act 1872 will be repealed to encourage reporting of rape crimes, which will help to set aside rape stigma and stereotypes. This provision of law needs to be amended to ensure that the rape victims come forward to seek justice fearlessly and without any prejudice. It is high time to advocate for repealing section 155(4) of the Evidence Act 1872 to bring rape victims forefront to claim justice through breaking silence and stigma of sexual violence.