Leaders and Dead Body of Bangladesh 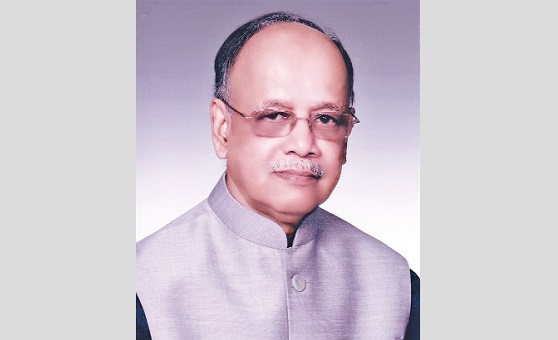 Whenever Sheikh Hasina, the Prime Minister of Bangladesh, talks about the assassination of her father and her family members, she becomes very emotional and her voice gets chocked. Last Tuesday it was no exception while she was speaking at a discussion programme held in Dhaka and organized by Bangladesh Awami League on the occasion of the 49th Victory Day of Bangladesh. She again repeated the same question ‘It’s (Awami League) such a big origination…So many leaders! Sometimes I want to know why no-one came forward courageously…why no-one could know about the assassination of Bangabandhu and why no-one took any step against the killing. That dead body of Bangabandhu lay on the steps on Dhanmondi 32. Why? I didn’t get that answer till today.” It was not a question of a Prime Minister, it was a question of a daughter about the assassination of her father and her father was none other than Bangabandhu Sheikh Mujibur Rahman, considered as the embodiment of Bangladesh. Ironically he was the man who fought throughout his life for the emancipation of the people of Bangladesh, spent thirteen years of his life in the twenty three years of united Pakistan in prison and faced death sentence on two separate occasions, one in 1969 when he was tried for conspiring to secede from Pakistan and make East Bengal an independent country (commonly known as Agartala Conspiracy Case) and second time in 1971 on similar charge, this time ‘waging war against Pakistan’. The charge filed against him was treason whose only penalty would be ‘death by hanging’. That same person was assassinated with his entire family except the two daughters within three and half years after his dream of an independent Bangladesh became a reality. He was a victim of conspiracy and intrigue hatched by the very people who he trusted as his friends and well wishers. The assassination was not just the killing of a person but it was akin to killing a nation.  The name of Mujib and Bangladesh became synonymous not only in Bangladesh but also abroad. In the early years of Bangladesh the country was known to many outside Bangladesh as ‘Mujib Country’. 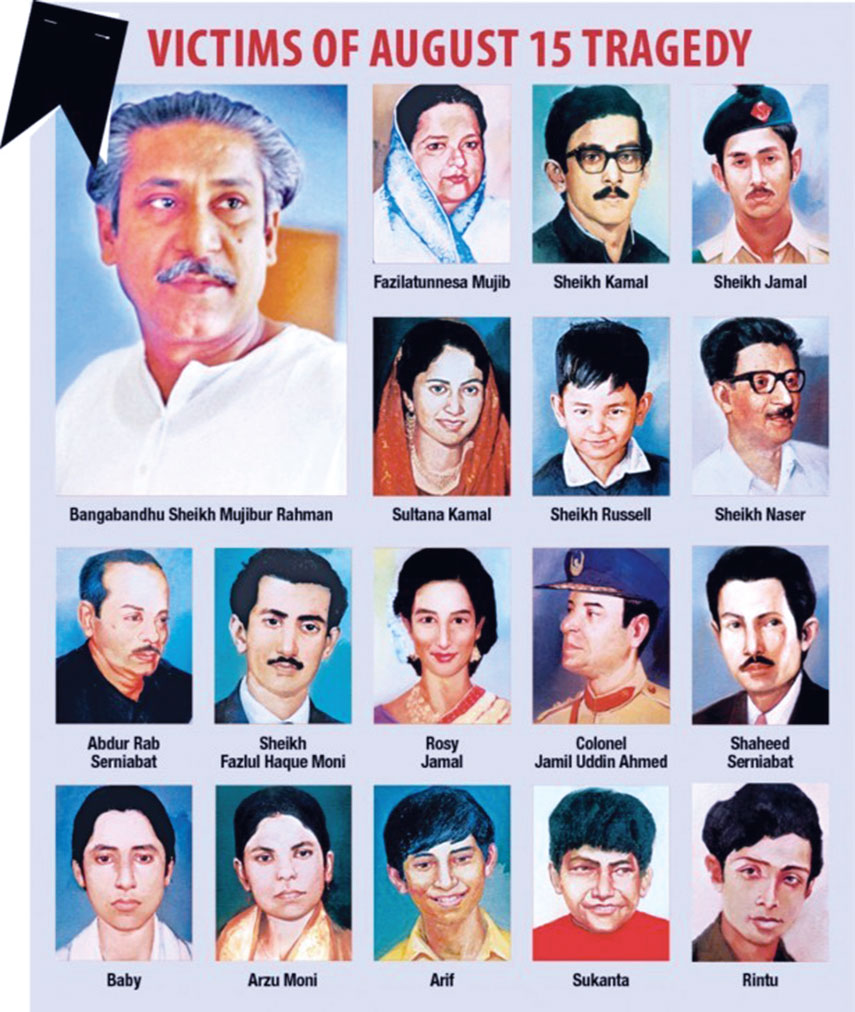 Bangabandhu was killed in the early hours of 15 August 1975 and while his dead body lay on the steps of his Dhanmondi Residence for more than twenty four hours there was no protest or resistance from the leadership of the party, especially from those in Dhaka. In 1975 Awami League was full of leaders as it is today but at the time of a national crisis it became paralyzed. It is quite normal for a daughter to ask the questions as she did on Tuesday to the people who always flocked around her father for personal benefits and gains.  It was a collective failure.

Though Mujib was warned earlier by some international intelligence agencies, notable amongst them were Soviet Union’s ‘KGB’ and India’s ‘Research & Analysis Wing (RAW) he unfortunately did not take the matter seriously. RAW’s senior officials including it’s the then Chief R N Kao personally came to Dhaka and gave the details of the conspiracy being hatched against him and names of  the people involved. However Bangabandhu brushed aside the conspiracy theory; never took it seriously and would always say ‘they are all my sons, they will not harm me.’ He would also often reiterate ‘I love them and they love me and they are ready to sacrifice their lives for me.’ But the hands of the conspirators were too long and on 15 August they made their deadly strike.

In spite of what Sheikh Hasina said on Tuesday the truth is her father was well informed about the conspiracy well in advance but he decided to ignore it. Late Major Ziauddin, a valiant Freedom Fighter, who was posted in 1975 in the defence intelligence DGFI once told me that they sent a note to Bangabandhu about the conspiracy but later he found that the note never reached him. Days before the deadly night all the personal security and protection forces of Bangabandhu were replaced by expatriate forces who were repatriated from Pakistan after independence or worked for Pakistan inside the occupied Bangladesh. The replacement was done silently. When on the night of 15 August the assassins moved out from Dhaka Cantonment under the command of Lt. Col. Faruque and Col.  Rashid and others different intelligence agencies of the country failed in their duties to inform the relevant authorities or persons as all the senior officials were also repatriates from Pakistan or the accomplices of Pakistani occupation forces in occupied Bangladesh. Ironically, when the dead body of Mujib lay on the stairs of his Dhanmondi Residence practically all the people who took oath of office to serve as advisors in Mushtaque cabinet were persons very close to Bangabandhu and were beneficiaries from Bangabandhu during his life time and remained beneficiaries even after his death. Some may say they were forced to take oath but the fact is they could not overcome their love for life the only exception were the four national leaders, Syed Nazrul Islam, Tajuddin Ahmed, Mansur Ali and A H M Qamaruzzaman. They were the leaders of Awami League who formed the first government of Bangladesh, commonly known as Mujibnagar Government  on 10 April 1971 and steered the country to victory.

A party leader or a worker who has commitment or dedication to his party never fails to rise above self during the hours of need or any crisis. When Sheikh Hasina was just the party President,  her party workers saved her once in Chittagong on 24 January 1988 and again on 21 August in 2004 when she was the Leader of the Opposition in the Jatiya Sangsad. In the first incident while Sheikh Hasina was going to a public rally in the midst of anti-Ershad movement the police directly fired on her but she was luckily saved when her workers formed a human shield around her. In the process 24 workers were killed in the police firing. In the second incident fourteen hand grenades were lobbed on her when she was addressing another public rally in front of her party office in Bangabandhu Avenue. She was again protected by her party workers and in the process 23 party leaders and workers were killed. Those who sacrificed their lives for Sheikh Hasina showed what dedication and commitment for the party and its leaders were all about. In 1975 unfortunately Bangabandhu was not that fortunate like his daughter because the people whom he trusted were more bent on achieving their personal gains disregarding their loyalty and dedication towards the party or to its supreme leader.

Bangabandhu also trusted his close aids too much. People like Khondakar Mushtaque, Mahbub ul Alam Chashi, Taher Uddin Thakur, Major Dalim or even Major Zia were people whom Bangabandhu trusted without any hesitation. Zia’s service was placed before the disposal of the Foreign Ministry in March but he managed to have it revoked with the help of a senior Awami League leader. Ultimately Zia reaped the maximum benefit out of the killing of Bangabandhu and he knew about the assassination plot since March.

In reality it does not matter how many friends or well wishers  you have when you are not in power or position but what matters is how many of them will remain loyal to you when you are in power. Many of the political assassinations around the world happened with the active collaboration of the people whom the victim trusted. Once in power or position one always has to watch his or her back. Keeping trust on people is good but watching the back is more important. All the people hanging around the leaders may not be worthy of complete trust. This was disregarded by Bangabandhu. People who love his daughter expect she will not make the same mistake as did her father. By Saturday Awami League will have completed the selection of its central leadership for next three years. Expect those selected will be loyal, dedicated to the party and to its President and be honest, humble and be the ones who will be ready to risk their lives in the hours of need. No consolation will ever be enough to console the two surviving daughters of Bangabandhu but needless to say the memory of Mujib, the Father of the Nation will survive forever in the annals of history of Bangladesh.