Frontline fighting not enough to be a freedom fighter? 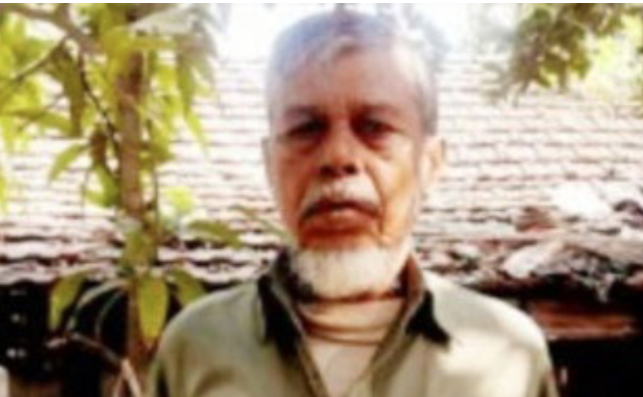 With a hope to have an independent country, he took part in the Liberation War in 1971 like many others. He used to collect information initially for East Pakistan Regiment (EPR) from different areas in the guise of a goat trader and later fought in the frontline.

Forty-eight years after the independence, Moslem Ali, a day-labourer, is yet to get recognition as a freedom fighter for his failure to pay bribe demanded by former officials of Jhikargachha Muktijoddha Sangsad.

Losing his workability and infected with various diseases, he is now leading a very painful life.

Under the circumstances, Moslem urged the authorities concerned to let him die as a recognised freedom fighter.

Moslem Ali, son of late Ohed Ali of Jafarnagar village in the upazila, first joined the EPR at the beginning of the Liberation War and used to roam around and collect information in the guise of a goat trader. He used to provide reports to pro-independence forces on the ground. Later, he joined the war directly and fought against the Pakistani occupation forces.

Now 75, Moslem said he joined the Chapabaria Training Camp in West Bengal in October, 1971. A certificate issued by the camp authorities described him as trainee and his ID number is 38430.

As per another certificate signed by Amir Ali, deputy in-charge of Berakpur Youth Camp, the number of Moslem’s Red Book or ‘Mukti Barta’ is 0405060185.

“On completion of the training, I fought against enemies at different places, including Beneyali in Jhikargachha, and Saratala and Kashipur of Sharsha upazila,” Moslem said.

But when he approached then officials of Jhikargachha Muktijoddha Sangsad for being officially enlisted as a freedom fighter, they demanded money from him in return and he remained unrecognised as he failed to pay the money.

As Moslem is not an enlisted freedom fighter, he does not get any allowance from the government, and he cannot work either at this age for various diseases.

Now in independent Bangladesh, he has been left untreated for lack of money.

Moslem along with two other members of his family lives in a tin-roofed hut built on 4 decimals of land. This is exactly what he owns now.

Contacted, Abdus Sattar, former commander of Jhikargachha Muktijoddha Sangsad, admitted that Moslem is a freedom fighter. “He received training and fought for the country. It’s matter of sorrow that he is yet to be enlisted.”