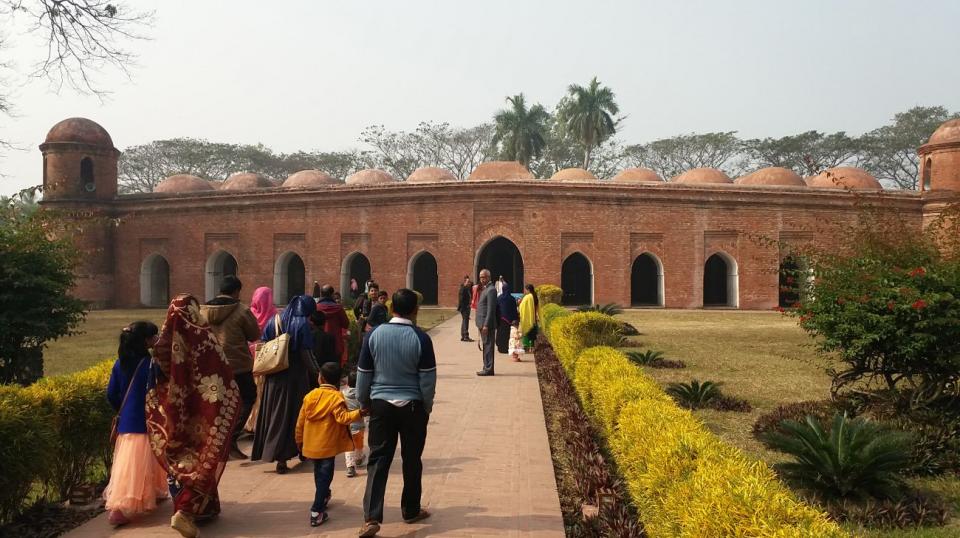 During winter, tourists come Bagerhat in large numbers to enjoy the scenic beauty of Shat Gombuj Mosque, one of the largest in Bangladesh.

The mosque, declared as a world heritage site by UNESCO, is believed to have been built more than 600 years ago by Khan Jahan Ali.

Although the magnificent architectural site draws visitors throughout the year, the number of tourists increases from December to March.

Many people came here to hang out with their families.

Tourists expressed satisfaction after visiting the site. Some of them told UNB that everyone should visit this place at least once.

Selim Hossain, who came from Bogura, said he brought his family members on the weekend.

“The architectural beauty of the mosque really impressed us. Everyone should come here,” he said.