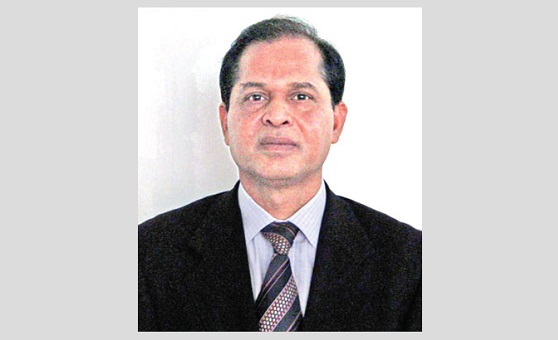 There is no doubt that the process of migration had started with the development of human civilization in our world. And that migration of people was caused in need of their food or livelihood. At that time, there were no boundaries due to non-existence of any state system. A person, while moving from one place to another, did not have to face any restriction in crossing any place. Over time, conflicts of influence and power began. The world was broken into pieces to create state, country or empire. With the creation of the state system, various rules and regulations were formulated to prevent the movement of people from one place to another. However, human migration had never stopped.

Migration has not been happening due to economic reason only. It also happens due to war/conflict, natural disaster or political, religious and cultural reasons. There is no region in the world from where people had never migrated to another place or state. However, the scenario of migration we see now was not the same. In the long run, the issue of protecting the interests and rights of the migrant workers (particularly temporary migrants) was well received by the world community once the event ‘migration’ was recognised.

The day is celebrated to recognise the contributions of the migrant workers to the economies of their home countries as well as their host countries and to promote respect for their basic human rights. We know that most of the remittances sent by the migrant workers are not spent in the productive sector. We have to think about this issue. However, a well-planned migrant-friendly migration system can play an important role in alleviating poverty that ultimately brings the overall development of the country. For poverty alleviation, being one of the issues of the sustainable development goals, we have to realise the importance of migration.

Bangladesh, like other UN member states, celebrates the International Migrants Day on 18 December every year. As Bangladesh organises various events to celebrate this day in the country, it also directs its diplomatic missions abroad to organise programmes to observe this day. In addition to the Bangladeshi migrants, representatives of the concerned international organisations, officials of the host government, teachers, journalists and many others participate those programmes and share their experiences and views in their discussions. Our migrants usually highlight their problems in their talks.

Migrant workers keep their countries’ economy’s wheels running by sending their hard-earned foreign currency. Remittances sent by migrant workers around the world show that out of $ 633 billion of 2017and $ 689 billion of 2018, low and middle-income countries received $ 483 billion and $ 529 billion in 2017 and 2018 respectively. It is estimated that the low and middle-income countries might receive an amount of $ 550 billion in 2019 as remittance.

India has been receiving the highest amount of remittances in the world (about $69 billion in 2017 and about $79 billion in 2018). China ranked second in the top with $ 67 billion and Mexico in the third position with $ 36 billion in 2018. There are 17.5 million Indian migrant workers in different countries of the world, Mexico has 11.8 million and China has 10.7 million.

According to our government statistics, 12.75 million Bangladeshi workers went abroad during the period from 1976 to October 2019. In addition, the number of Bangladeshis staying abroad illegally would be 4/5 million. If half of them return on completion of their contract or for other reasons, still 9 to 10 million Bangladeshi workers remain abroad as new workers join every year. On the other hand, some of them take the opportunity to settle down in those countries. Remittances received by Bangladesh from its migrant workers in 2017 and 2018 were $ 13.50 billion and $ 15.56 billion respectively.

I am urged to mention here a few points on this issue. We normally send general (unskilled) workers and they have to bear the highest migration cost. Except Bangladesh, no other country in the world sends such huge number of unskilled workers. For obvious reason, the salaries or earnings of the unskilled workers are significantly lower than the earnings of the skilled migrants. This is evident from the above mentioned cases of India, China and Mexico. There are talks about the training of our workers. I doubt whether the standard of their training is able to meet the international needs or they are actually trained or the main purpose of their training is to hand over a paper called ‘Certificate’ only. In this regard, we should understand the reality of the world and take necessary measures to prepare them as skilled workers before sending abroad. Only then, Bangladesh will be able to receive $67 billion per year as remittance from its 10 million migrant workers, like China. The sooner the steps are taken, the faster the results will be. Otherwise, we have to be satisfied with the sweetness of our sugar.

Migration cost in Bangladesh is the highest in the world. The widely known ‘human export business’ is one of the businesses in Bangladesh that make a person wealthy overnight. Ordinary people expecting work abroad are totally exhausted at the hands of the so-called ‘dalals (exploiters)’ working for various recruiting agencies in Bangladesh. These poor workers hand over to those agencies all their money collected either by selling their land and cattle or borrowing from others at high interest rate. Sometimes they take illegal ways to cross the boundaries of another country, even at the cost of their precious life. I do not know whether any measures to bring the high migration cost to a truly tolerable level have been taken. We understand that there are thoughts and measures on reducing migration cost, which are written on the paper only. In fact, our workers have to spend 7 to 8 times than the justified migration cost. Only a migrant-friendly migration system can save them from such exploitation.

I would like to end my writing by mentioning another issue. It is the issue of our workers illegal entry into another country. That means they are going abroad which is called ‘human trafficking’. In this case, a migrant worker faces three grave dangers - financial loss, any accident while being trafficked including death and various torture and exploitation including arrest while working abroad illegally. If human trafficking regulations are properly implemented in Bangladesh, our workers could be saved from the traffickers. None the less, necessary awareness programmes should be organised.

Migrant workers are boosting their country's economy. We say so at various meetings and seminars. But, are these migrant workers really respected in their home country or at their workplaces abroad? Can we protect them from exploitation and oppression? On the other hand, our women workers are victims of physical and sexual abuse. Recently, this issue is becoming a regular problem. Most of the Bangladeshi migrant workers are working in the Middle East, Libya, Iraq and Malaysia. The International Organisation for Migration (IOM) should try to convince those countries to sign the International Convention on the Rights of All Migrant Workers and the Members of their Families. Moreover, bilateral understandings can also be arranged between the countries concerned so that the rights of migrant workers are protected following the UN Convention.

All concerned, including the IOM, have to work sincerely to improve the existing conditions so that the interests, human rights, security and welfare of the migrant workers are no longer threatened. Regardless of where they are working in the world, migrant workers are people of this society, just like us. On this day, I wish that they are properly respected, ensured with necessary security and enjoyed a beautiful life.

The writer is s former Ambassador and Secretary