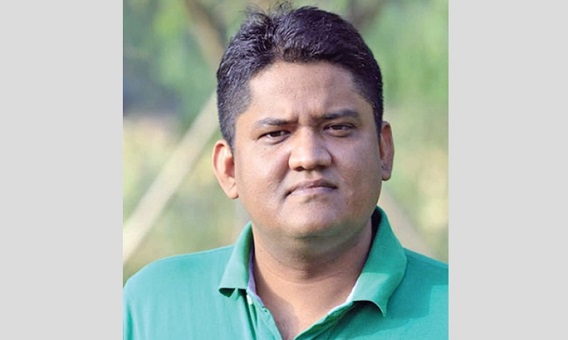 Human activity is the leading cause of climate change. People have burned fossil fuels and changed vast areas of land from forests to farmland since the beginning of the Industrial Revolution. Burning of fossil fuels produces carbon dioxide, a greenhouse gas. It is called a greenhouse gas because it produces a “greenhouse effect.” The greenhouse effect makes the earth warmer, just as a greenhouse is warmer than its surroundings. Carbon dioxide is the leading cause of human-induced climate change. It stays in the atmosphere for a very long time.

Impacts of climate change are happening now. These impacts extend well beyond an increase in temperature, affecting ecosystems and communities around the world. Things that we depend upon and value – water, energy, transportation, wildlife, agriculture, ecosystems, and human health – are experiencing the effects of a changing climate. Climate change destabilizes the Earth’s temperature equilibrium and has far-reaching effects on human beings and the environment. During global warming, the energy balance and thus the temperature of the earth change, due to the increased concentration of greenhouse gases, which has a significant impact on humans and the environment.

The United Nations Framework Convention on Climate Change (UNFCCC) entered into force in 1994, aimed at reducing greenhouse gas concentrations in the atmosphere. The Conference of the Parties (COP) was designated as the supreme governing body of the Convention. To date, 195 countries have submitted their instruments of ratification. These countries meet once a year, for two weeks, in order to evaluate the application of the Convention and develop the negotiation process between the Parties in front of new commitments. It is the central annual meeting of all nations under the UNFCCC to build and strengthen intergovernmental climate policy.

The 2019 UN climate change conference (COP25) was held 2-13 December in Madrid (Spain), under the Presidency of the Government of Chile.  Delegates from nearly 200 nations are in Madrid to finalize the rulebook for the 2015 Paris agreement, which aims to limit global temperature rises to well below 2C. The accord enters into action next year, and it had been hoped COP 25 would show the world that governments had listened to the weekly protests, irrefutable science and more extreme weather events to redouble their efforts. However, the vital issue of ambition - how far each country is willing to slash carbon emissions or assist less wealthy peers in doing likewise - has mostly failed to materialize.

The CoP 25 Presidency has set up various working groups headed by pairs of countries to engage with parties so that a consensus can be reached on the most pressing issues.

New Zealand and South Africa are leading the discussions on Article 6 of the Paris Agreement, dealing with carbon market mechanisms. It has been a sticking point at CoP 25 and in fact, has carried over from CoP 24 in Katowice, Poland, last year. The representative from New Zealand said that they heard the views on three difficult issues regarding Article 6, and there was a high level of consensus on principles and the commitment of the parties to the UNFCCC, Kyoto Protocol and the Paris Agreement.
The parties also agreed to find an acceptable outcome and expressed concern for parties with different views. They also agreed to find resourcing for adaptation.

Bangladesh has played roles at the COPs over the years. Prime Minister Sheikh Hasina is set to assume the presidency of Climate Vulnerable Forum (CVF) next year. The development comes after the Bangladesh leader accepted Marshall Islands’ President Hilda Heine’s proposal to lead the CVF at the COP25. Bangladesh has also been selected to be a member of a number of important bodies set up by the UNFCCC over the years, such as the Adaptation Fund Board, the Green Climate Fund Board and the Executive Committee of the Warsaw International Mechanism on Loss and Damage. This is an appreciation of Bangladesh’s expertise and importance in this issue by the other counties. Besides the government officials who attend the COPs, there are also many NGOs who hold side events on different topics. Several reporters from both TV and print media in Bangladesh report back to their news outlets every day.

Bangladesh is the first country globally to develop a Country Investment Plan for Environment, Forestry and Climate Change (CIP-EFCC). It will enable Bangladesh to monitor and assess the state of the environment as well as investments in the context of climate change. The Plan provides an avenue for multi-sector policy dialogue and coordination for investment in CIP-EFCC where state agencies, private sector, and civil society are able to advance areas of common interest, including in the forestry and timber sector. But Bangladesh has been suffering and paying most despite not being responsible for climate change. However, Bangladesh has made significant efforts to reduce its disaster vulnerability.

The Government had consistently supported policy reforms and investment activities aimed at improving the environment, enhancing climate mitigation and adaptation, and improving forest and natural resources management since 2009 when it unveiled the Climate Change Strategy and Action Plan. Recently Ban Ki-moon, former United Nations Secretary-General, termed Bangladesh as the best teacher about how to adapt to climate change impact. He also lauded Bangladesh as ‘miraculous’ in addressing climate change issues.

The government has rechristened the Ministry of Environment and Forest (MoEF) as the Ministry of Environment, Forest and Climate Change (MoEFCC). The name change is indicative of the strong commitment and the acceptance of climate change as a real challenge in Bangladesh’s progress. However, Bangladesh now needs to focus on building a long term adaptive capacity that embeds a structural change to the social processes. However, apart from tackling challenges at home, Bangladesh needs to increase collaboration across sectors and countries. The consequences of climate change enhance threats and deplete natural resources. As climate change does not respect internationally recognized borders, it is crucial for the stability and prosperity of all nations that governments, development institutions, and NGOs work together to provide the best practices and policies to both mitigate and adapt to challenges.