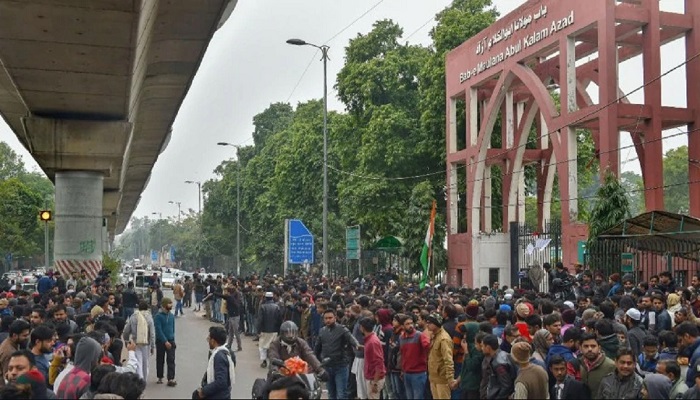 Jamia Millia Islamia Vice-Chancellor Najma Akhtar has said the university will file a case against police action on campus. The V-C has demanded a high-level inquiry into the crackdown on university students.

Jamia Millia Islamia Vice-Chancellor Najma Akhtar on Monday said the university will not tolerate police presence on campus as she demanded a high-level inquiry into the crackdown on students, reports INDIA TODAY.

Police entered the campus without permission. We will not tolerate police presence on campus. They scared our students with police brutality," Najma Akhtar said at a press conference.

"We will file FIR on the damage of property and police action on students, we want high-level inquiry. I will present facts to the HRD Minister," she said.

There has been a lot of property damage in the universityhow will all this be compensated? There has been an emotional loss as well. Yesterday's incident was unfortunate, the Jamia V-C said as she appealed all not to believe rumours.

There has been a strong rumour that two students died, we deny this totally, none of our students died. About 200 people were injured of which many were our students, the Jamia Millia Islamia University V-C said.

You can rebuild the property but you cannot compensate for the things the students went through, Najma Akhtar said.