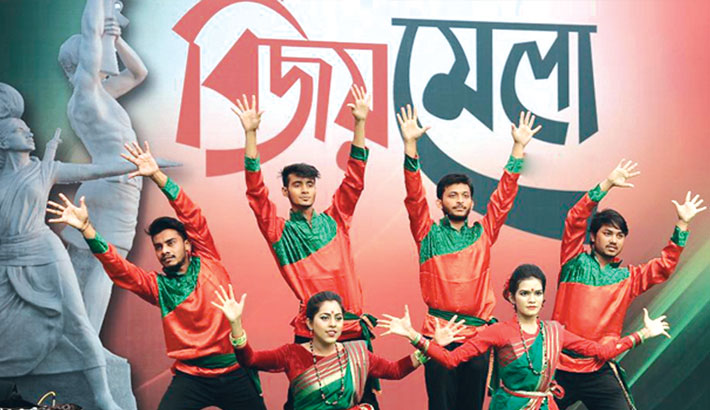 Today is the 49th Victory Day of the country. To mark the day in a befitting manner, cultural organisations have chalked up elaborate programmes.

Bangla Academy will begin its celebration programme by placing a wreath at the National Memorial in Savar at 7:00am.

Besides, local satellite television channels and radio stations will air an array of quality programmes to celebrate the Victory Day.

Channel i, a leading satellite television of the country, will arrange a fair styled ‘Channel i Bijoy Mela 2019’ on its premises this morning. The fair will be inaugurated in present of valiant freedom fighters of the country at 11:05am. The channel will also telecast feature films, plays and movies based on the country’s Liberation War on the occasion.

ATN Bangla, a very popular TV channel of the country, will broadcast a special drama titled ‘Khoma Naai’ at 09:00pm.  Written by Sagor Jahan and directed by Kazi Salam, the play stars Tariq Anam Khan, Sharika, Naim and others.

Ekushey Television will air a set of programmes on the occasion today. The channel will telecast Bodh, a special telefilm, at 12:30pm today while ‘Gaaner Opare’, a musical programme, will be aired on the channel at 8.00pm.